IWAS / about our sport

Wheelchair fencing is featured at the Paralympic Games and has an impressive history – it has featured at every edition since Rome in 1960.

The early days of wheelchair fencing

The sport was introduced into the International Stoke Mandeville Games, the forerunner of the Paralympic Games, by Sir Ludwig Guttmann at Stoke Mandeville Hospital in 1954. To begin with a demonstration was held by a paraplegic from the spinal unit at Rockwood in Cardiff, Great Britain, and his able-bodied instructor, Professor Reynolds. 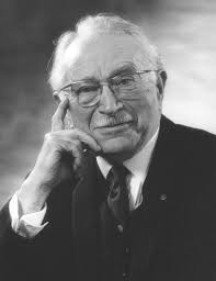 Like all of the sports he introduced to people with impairments, Guttmann immediately recognised and believed in the therapeutic benefits of wheelchair fencing to assist the recovery of spinal cord injury patients at Stoke Mandeville Hospital.

The advantages were even clearer to Guttmann as he himself was a keen fencer in his student days at Heidelberg University in Germany. Following the demonstration, Professor Reynolds would regularly return to Stoke Mandeville Hospital to carry out coaching of patients. He also brought in a man called ‘Q’ Hill, a trainer seconded from the army, to begin to coach wheelchair fencing.

Just one year after the first demonstration event, in 1955 men’s sabre fencing was added to the International Stoke Mandeville Games as an official event. It took place on the outdoor netball pitch in the hospital grounds.

The competition was umpired by Mr. Charles de Beaumon, British Fencing Champion and President of the British Amateur Fencing Association. Here, the Challenge Sword for the winner was presented to the Welsh fencing team by Dr Roger Bannister, Guest of Honour. The following year foil was introduced to the Games for female fencers. At the same time coaches met in Stoke Mandeville to discuss the introduction of epee as a third weapon.

A demonstration of an electrical device made in Italy for scoring was given by the Italian representative. After this it was unanimously agreed that epee should also be introduced to the International Stoke Mandeville Games.

Another meeting of trainers in 1962 records many amendments to the sport’s technical rules and agreement that epee also be contested by women. In 1965, foil competition for men was added to programme at the International Stoke Mandeville Games. 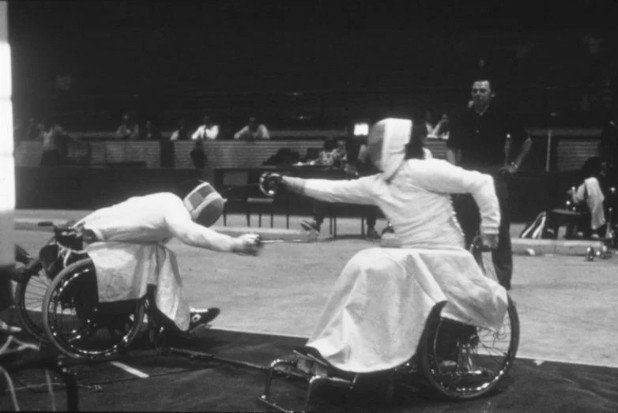 Wheelchair fencing at the Paralympics

In 1960 the first Paralympic Games were held and wheelchair fencing was one of eight sports contested. 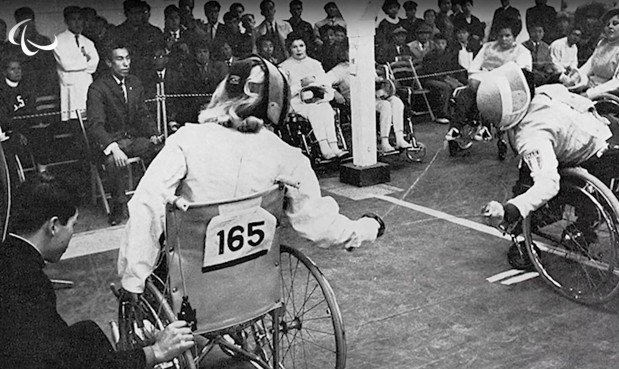 Nine Italian wheelchair fencers – six men and three women – competed. An athlete listed only as ‘Tedone’ in official records from the time won the men’s sabre and Anna Maria Toso claimed gold in the women’s foil. Giovanni Ferraris and ‘Tedone’ won the third title on offer – the men’s team sabre.

By the time of the next Paralympics in 1964, the number of countries participating in wheelchair fencing had increased from one four years earlier to six.

In the editions that followed, a number of events were added as the sport began to create a classification system, striving towards fairer competition. Gender parity also improved over time with women’s epee added at Seoul 1988.

Since the Paralympic Games in Barcelona 1992, the growth of the sport in terms of participants and competitive opportunity at an international level has more than doubled. As a result, more referees who specialised in officiating wheelchair fencing were required. Initiatives were taken in the 90’s to ensure that more people could train and become wheelchair fencing referees. A further big change towards the development of the sport came at Atlanta 1996 when the current classification system of two groups – A and B – was introduced to the Paralympic Games. 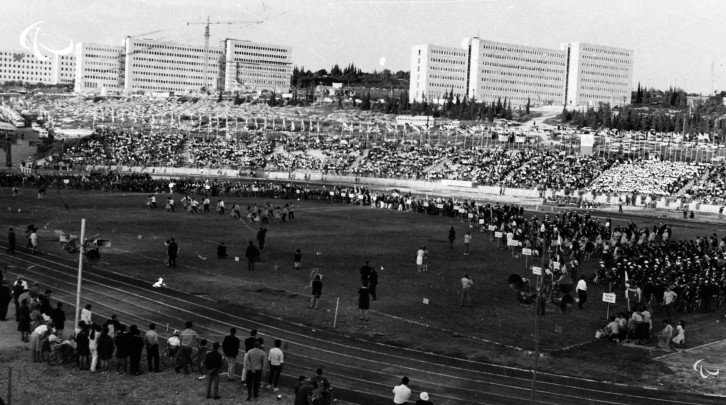 But the sport has not been immune to changes in the Paralympic programme. Before the Beijing 2008 Paralympic Games the five team events were removed from the programme by the International Paralympic Committee. However the women’s epee and men’s foil team were reinstated at the next Games in London, Great Britain, in 2012. Currently the men’s and women’s foil and epee team medals are contested after more events were re-included for Rio 2016.

Tokyo 2020 will see the addition of the women’s sabre category A and B, bringing the number of medal events to 16 across men’s and women’s individual and team foil, epee and sabre.

Development of technology and equipment

Those who have seen modern wheelchair fencing before will know that athletes have to compete from a seated position in a fencing wheelchair fixed to the piste. The chair is specially adapted, within a set of rules, to the fencing style of each athlete.

However early fencers competed from heavy brown wheelchairs issued by the Ministry of Pensions, known as travaux chairs. There was not much movement during bouts, but as the type of wheelchair became lighter and the fencers more agile in the sport, there was a need to try and stabilise the chairs. At this time it was a manual solution, with an individual crouching behind the fencer’s chair and hanging onto the wheels.

As the sport developed, manufactured holding devices came into play. Again Italy led the field in innovation and these new devices were first tried out in the 1957 International Stoke Mandeville Games. Various types have been devised over the years; the object being to provide stability for the wheelchair and fencer at the same time as transportability.

In 1982 the International Stoke Mandeville Wheelchair Sports Federation gratefully accepted the gift of four sets of fencing frames from the Dutch member federation, which both stabilised the wheelchairs and fixed the distance between the fencers. They were, however, very cumbersome to transport and set up. 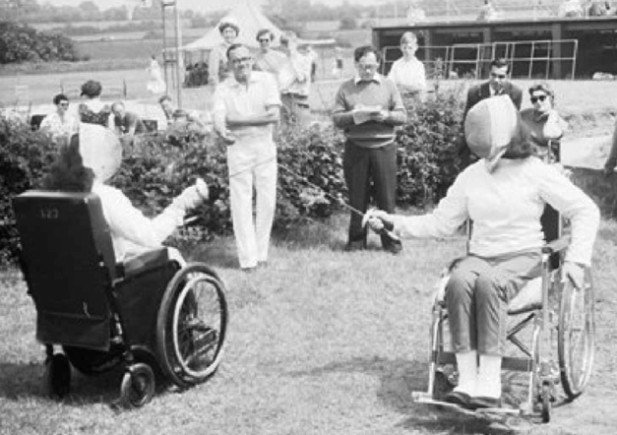 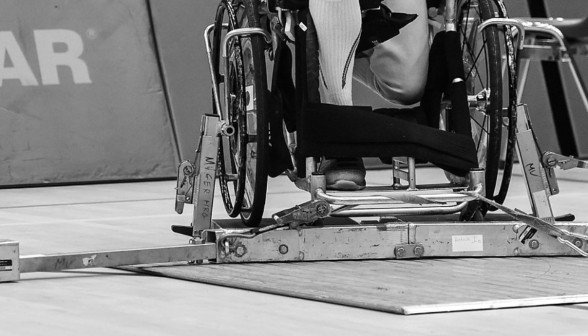 In 1987, the Italians brought over another frame which was copied in Great Britain and formed the basis for the several versions that are still being used today. Minor adjustments included the consideration of lightness of equipment and the facility to more quickly accommodate both left and right handed fencers.

Even today efforts continue to find the ultimate fencing frame.

Wheelchair fencing in the present day

IWAS Wheelchair Fencing is the international federation for the sport, governing its rules, development and competition calendar.

There are a number of commissions managing all aspects of the sport overseen by the wheelchair fencing Executive Committee – the decision-making body for the sport below the Governing Board of IWAS. The competition calendar features world and regional championships every two years and an annual World Cup circuit. These events take place in countries around the world.

To help the development of wheelchair fencing, satellite competitions are also organised. These give young or new athletes the chance to compete at an international level before they go on to compete in the pressure of a World Cup with some of the best fencers on the planet.

IWAS Wheelchair Fencing is also in the process of reviewing its classification system. Partnering with research institutions the aim is to have a system which is sport specific, evidence-based and meets the requirements of the International Paralympic Committee’s Classification Code – a key factor in remaining on the Paralympic programme. 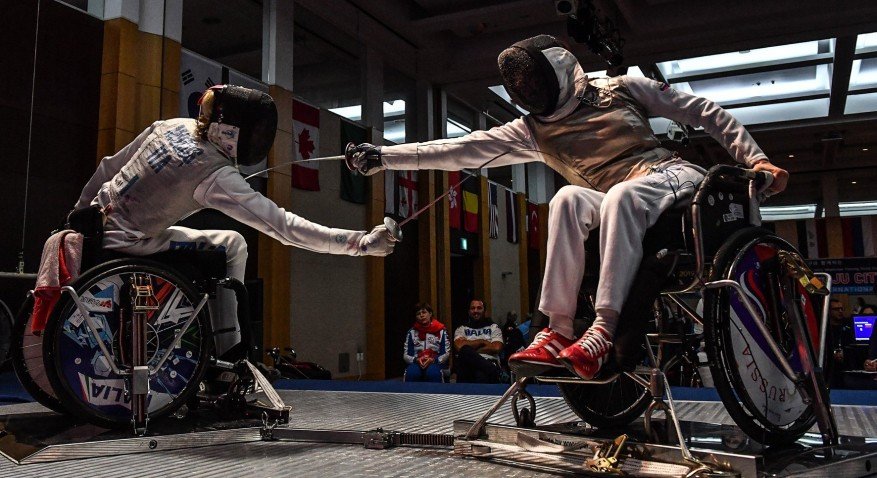 The sport, with its growing athlete field and competition calendar, is impressing outside of Para sport to create a single fencing community. 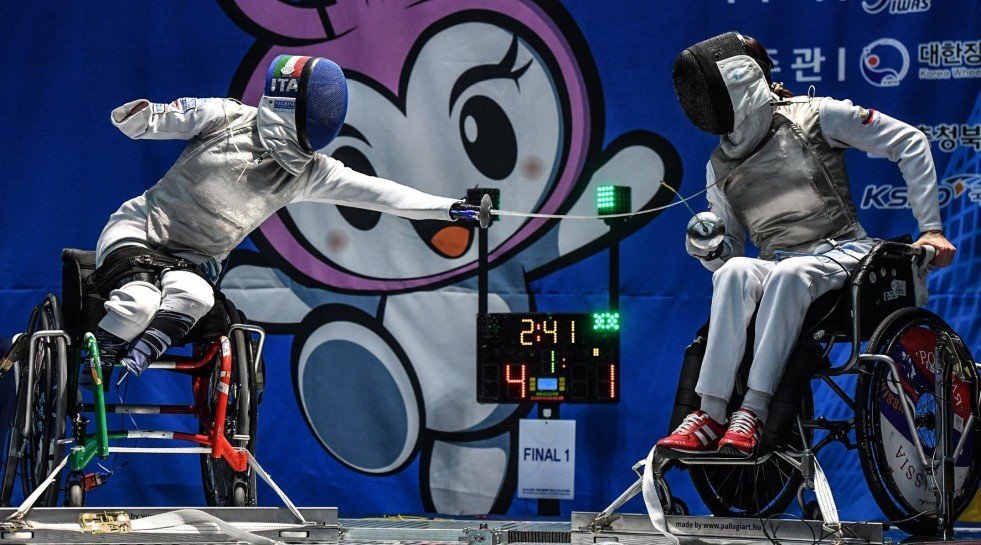 This bond has been strengthened by the opportunities presented by Organising Committees to create combined FIE/IWAS Wheelchair Fencing World Championships, such as the World Championships in Torino, Italy, in 2006 and Paris, France, in 2010.

The first initiative in this area happened at the European Wheelchair Fencing Championships in 1995 where internationally FIE qualified referees from the British Amateur Fencing Association officiated alongside wheelchair fencing umpires and referees.

Wheelchair Fencing enjoys a close relationship with its able-bodied counterpart the FIE, particularly in Europe with joint initiatives to support the development of young fencers.