Rousell managed to overcome severe cramp in his wrist to win his second gold in as many days in the men’s epee category A.

Fencing against Brazil’s Nielson de Oliveira, who had beaten his defending champion teammate Moacir Ribeiro for a place in the final, Rousell faced a tough challenge.

But the top seed came through after a medical break, carrying the momentum of an unbeaten run, to triumph 15-11.

“There was a cramp in my muscle which meant that every time I tried to go for an attack my hand would seize so I couldn’t do anything with it,” Rousell said. “But I pulled through and finished the match, it came out the way I wanted and I convinced myself that I would finish the fight on the piste.

“[De Oliveira] was very skilled and he did not give me any free points and it was a great match. I very much enjoyed it. I wouldn’t have wanted to win in any other way.”

The gold follows Rousell’s triumph in the sabre from Saturday (22 October).

The rest of the medals were taken by Brazilians. Former champion Ribeiro settled for bronze alongside Sandro Colaco.

Matches can be watched back at the IWAS Wheelchair Fencing website, alongside results. Pictures are available for editorial use here. 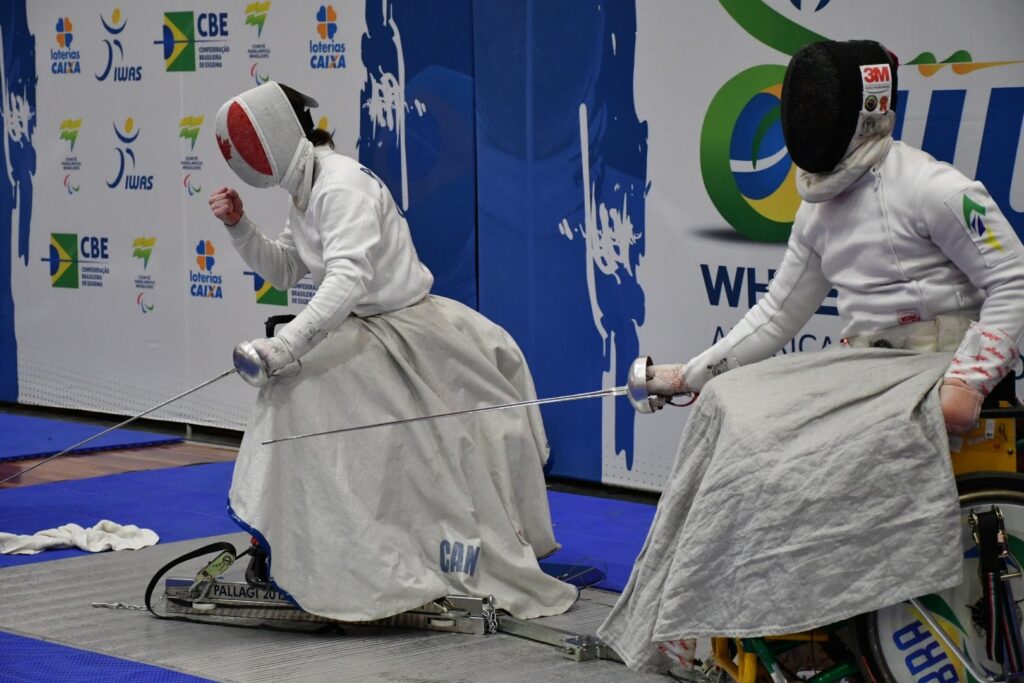 Canada’s second gold of the day came courtesy of Morel in the women’s sabre category A.

Morel used a video review for the final point after edging away from Brazil’s Rayssa Veras.

Veras previously attended a wheelchair fencing competition in Sao Paulo and was inspired to take-up the sport herself.

Whilst Veras could not match Morel’s 25 years of experience, her silver is her second medal of the competition.

Morel complimented the Brazilian team on their progress in recent years:

“The Brazilians have improved so much – so much – it is unbelievable. I’ve been at this 25-years and the Brazilians are doing a good job with their athletes. They are fantastic.”

As if to prove Morel’s point, Brazilian teammates Carminha Oliveira and Fabiana Soares were the bronze medallists. 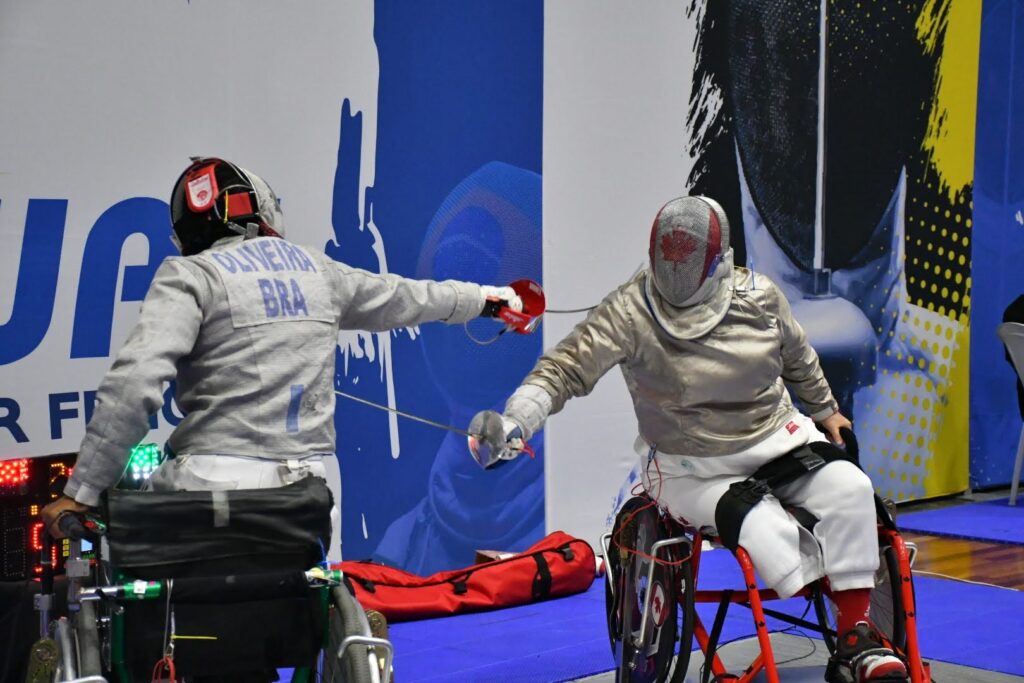 It was the 39-year-old’s fifth medal in the event and third gold.

His opponent and eventual silver medallist, the USA’s Scott Rodgers, was making his Americas Championships debut but is a veteran of the sport having competed at the Athens 2004 and Beijing 2008 Paralympics.

“[Rodgers] came with a very good game,” Guissone said. “He has a different rhythm of play than other athletes. Because he has a very large reach he plays forward and I took care all the time not to expose myself and take the counterattack. That was my game strategy. When he came forward using all his reach, I took the blade and went over the top, and it worked.”

Guissone then went on to take the epee team title with compatriots Colaco, Fabio Luiz Damasceno and Lenilson De Oliveira.

Brazil led throughout and were not troubled by Argentina’s Jorge Michiardi, Hugo Alderete and Franco Meza who settled for silver.

Santos took on Venezuela’s Francia Jaimez Rojas, easing past her 15-6. Rojas will however be pleased with her second medal in as many days having claimed bronze in epee on Saturday.

The 2022 IWAS Wheelchair Fencing Americas Championships continue until 25 October. Monday (24 October) will feature the men’s foil category A and B as well as the men’s and women’s team events.