A mixed bag of Paralympians and debut international fencers compete at day one of the IWAS U17/U23 Wheelchair Fencing World Cup in Stadskanaal.

The U17 Mixed Foil competition was pleased to welcome two new fencers to the wheelchair fencing event with this small, but gripping competition acting as the perfect start to kick off the Stadskanaal World Cup. Both men and women fenced together after the Direct Elimination rounds with Elke Van Achterberg (TUR) and international newcomer, Julilus Haupt (GER) battling it out in the final with a tight score of 13-15, with Haupt finally taking the top spot. 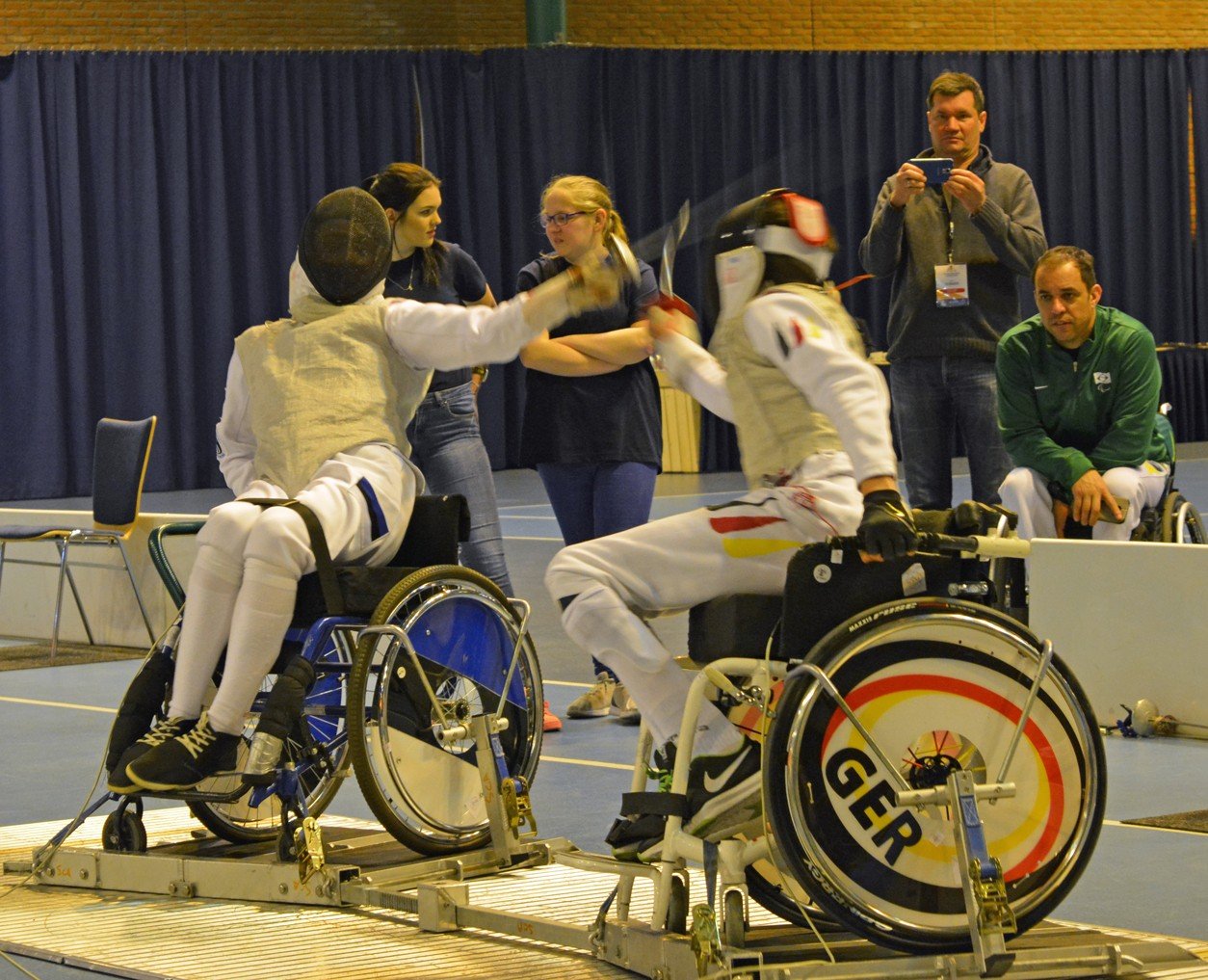 The U23 Women Foil competition also had a newcomer, Finnish, Riikka Kahkonen entering the international competition circuit for the first time, showing great determination and promise against her more experienced opponent, Elke Van Achterberg (TUR). The final match between Marine Ecorchon (FRA) and Nino Tibiashvili (GEO) was hard fought finishing with a score of 15-14 to Tibiashvili.

Full results can be found here.