The first IWAS Wheelchair Fencing World Cup of 2018 is being hosted in Eger, Hungary. 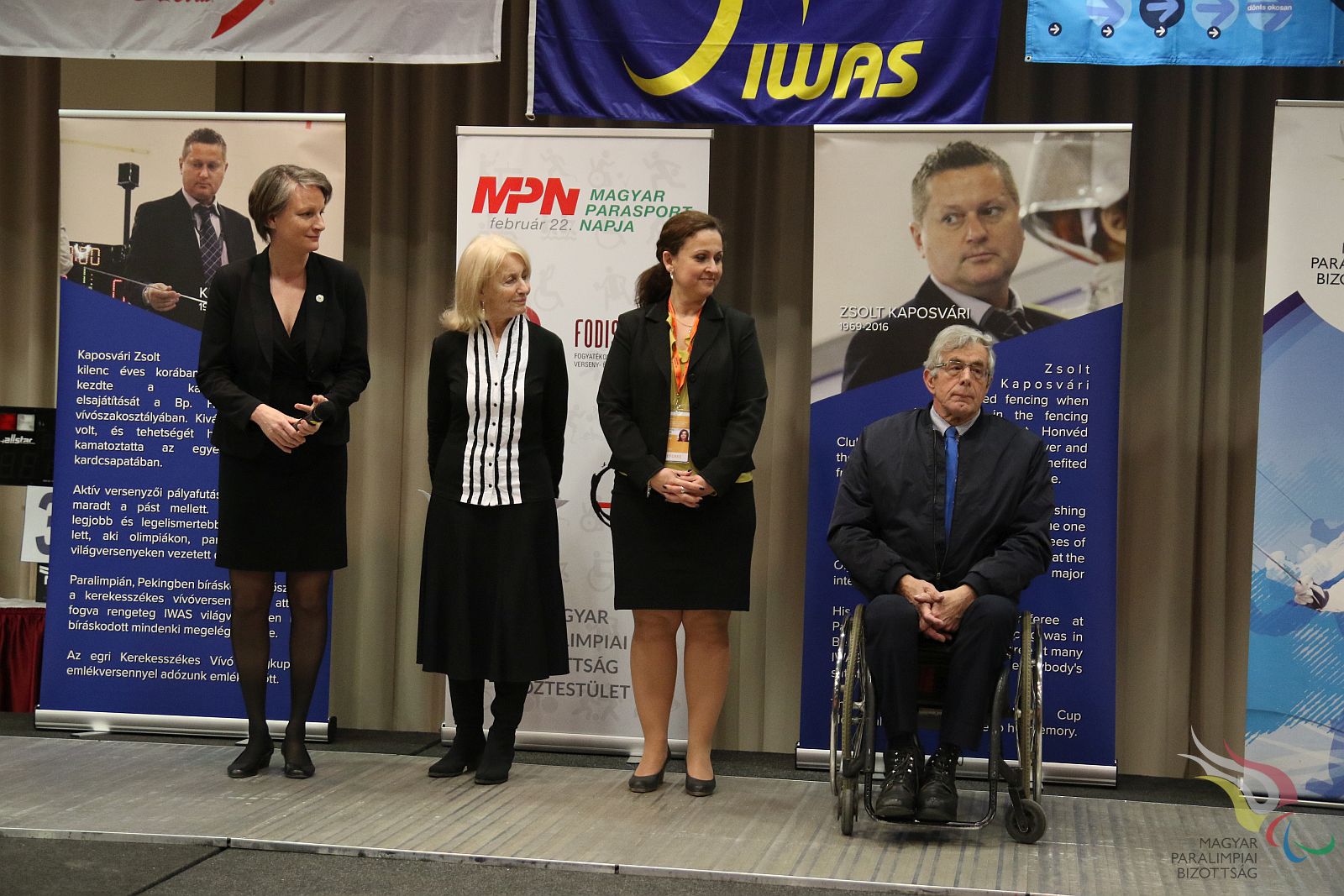 The competition had plenty of excitement and moments of joy and frustration from athletes, and coaches alike.

Foil Men Cat A started with a large entry of 30 fencers and after some dazzling displays of timing and technique from the athletes the final was between Richard Osvath (HUN) and Emanuele Lambertini (ITA). Osvath showed his experience and took the gold with a final score of 15/10 after a very commendable fight from Lambertini (ITA). Bronze medals went to Dariusz Pender (POL) and Nikita Nagaev (RUS) 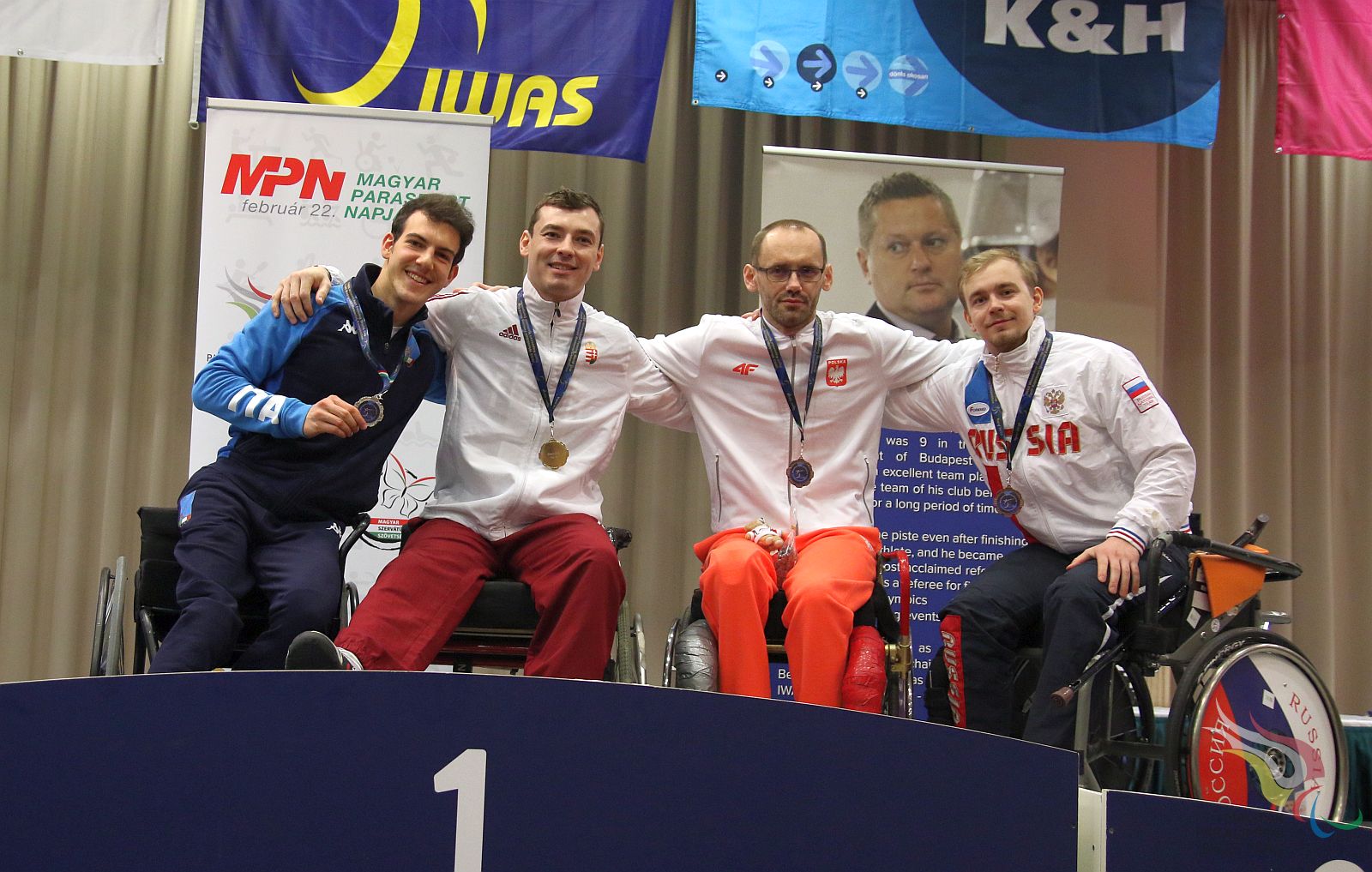 Epee Women Cat B showed talent from the females with some familiar faces giving great performances throughout the day. The final results were gold for Saysunee Jana (THA), silver to Alesia Makrytskaya (BLR) and bronze medals to Olen Fedota (UKR) and Tetiana Pozniak (UKR) 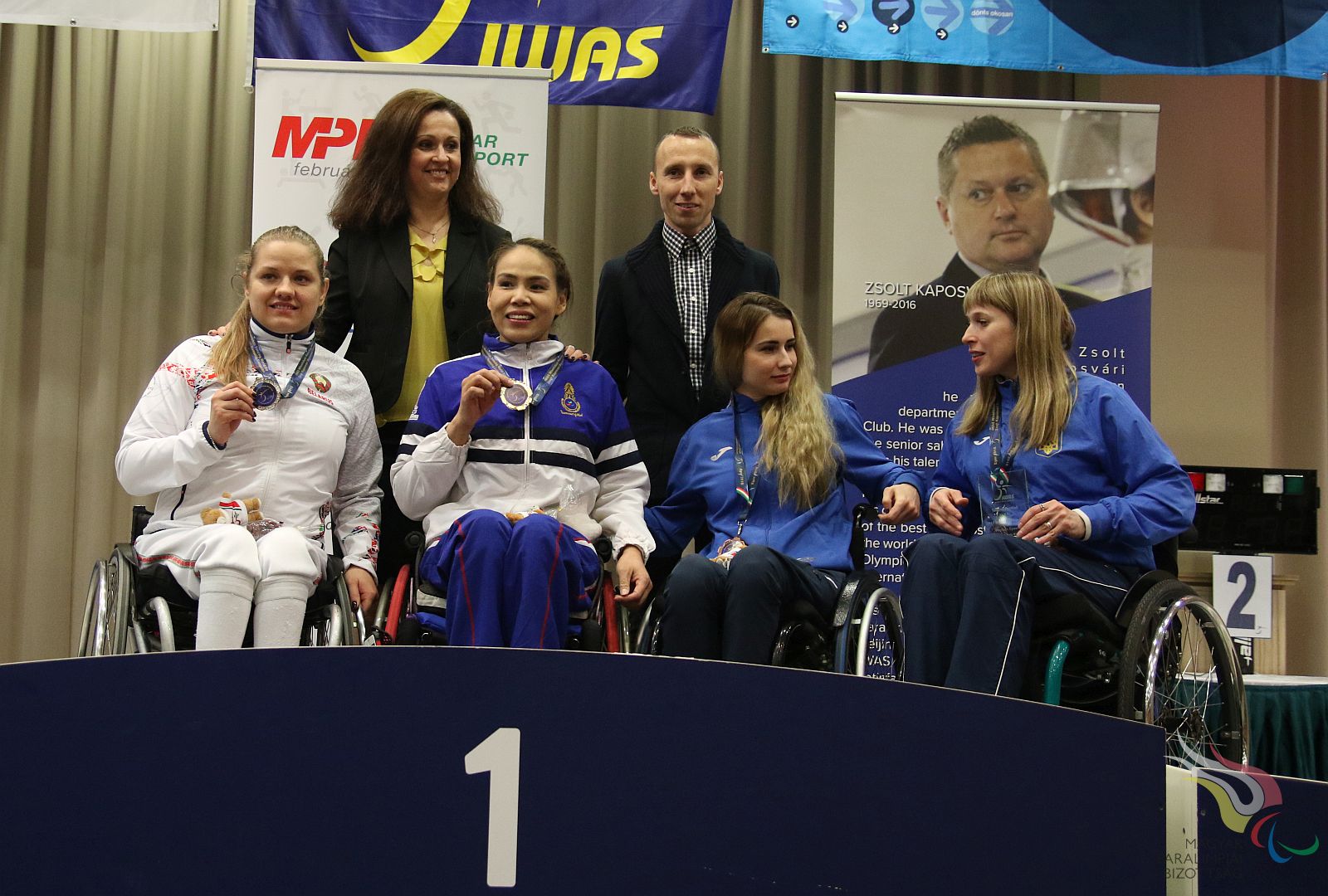 Foil Men Cat. B had an entry of 20 fencers all eager to have a good start to competition in 2018. The final results were gold medal to Albert Kamalov (RUS), silver to Anton Datsko (UKR), and bronze to Dimitri Coutya (GBR) and Jouvane Guissone (BRA) 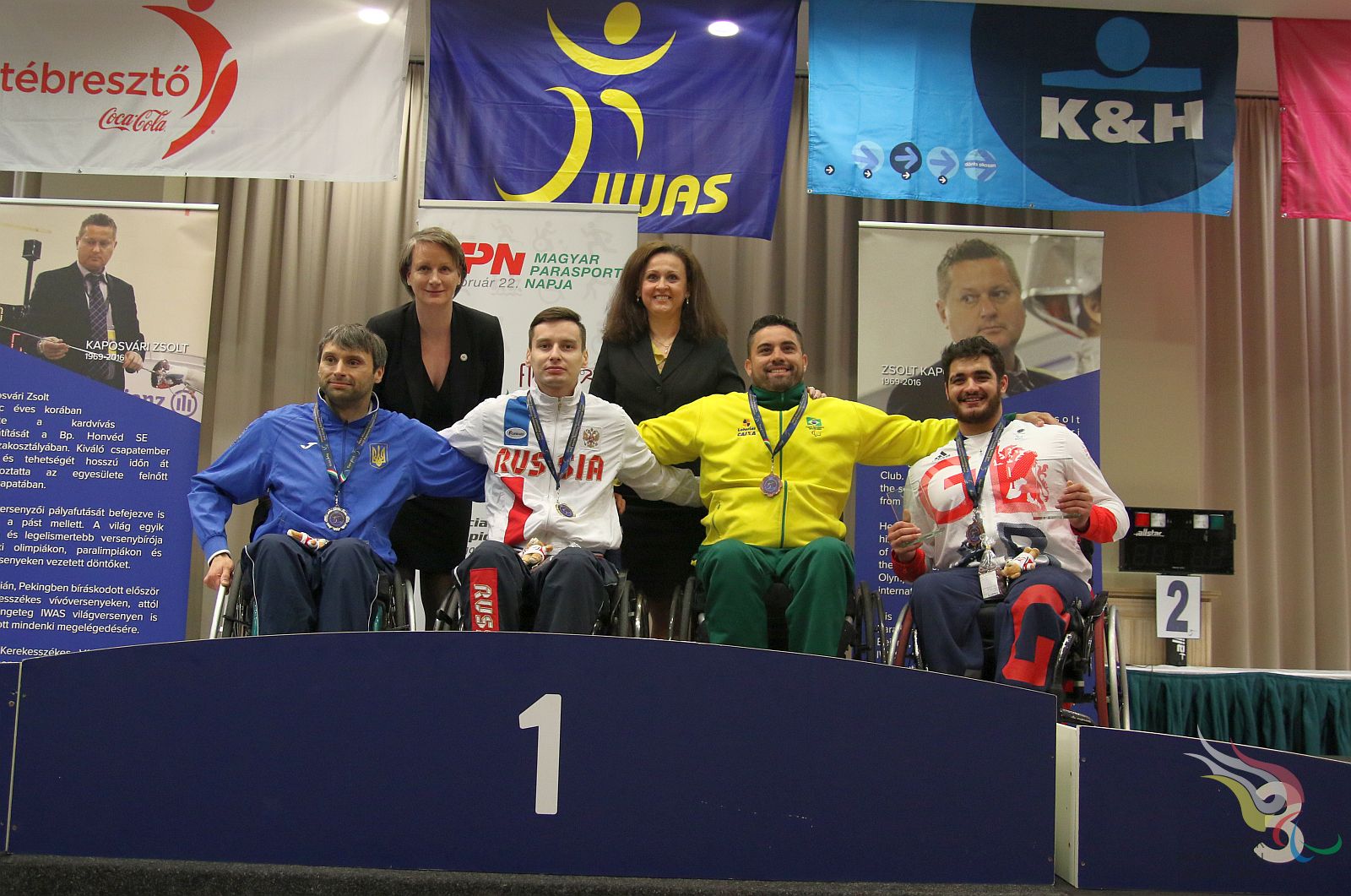 Women Epee Cat. A had a strong field of 20 entries with many of the Nations favourites entering the competition. After hard fought direct elimination rounds the final results were gold to Alena Evdokimova (RUS), silver to Amarilla Veres (HUN), and bronze to Marta FIDRYCH (POL) and Zsuzsanna Krajnyak (HUN)

A great end to day one of the competition. 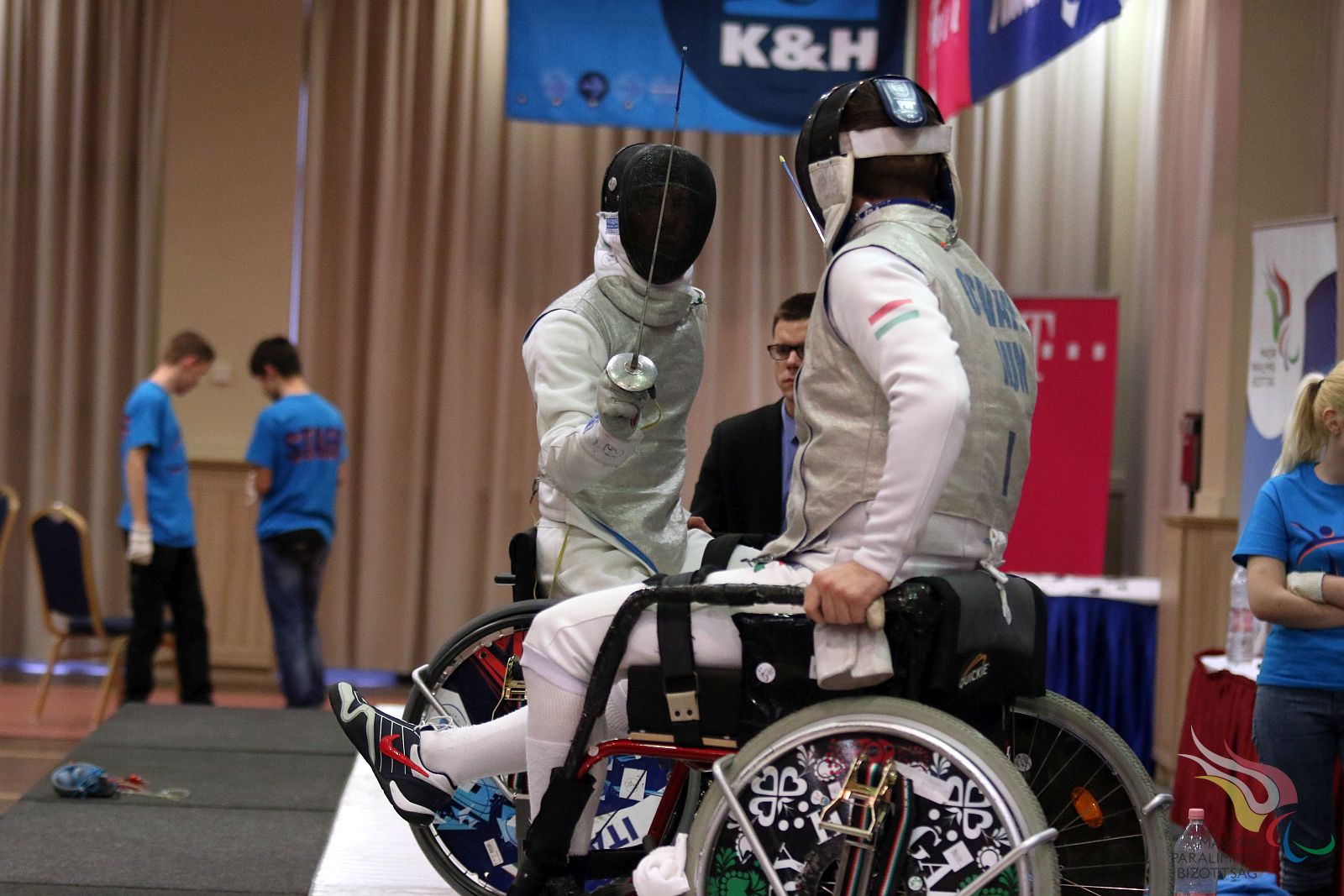 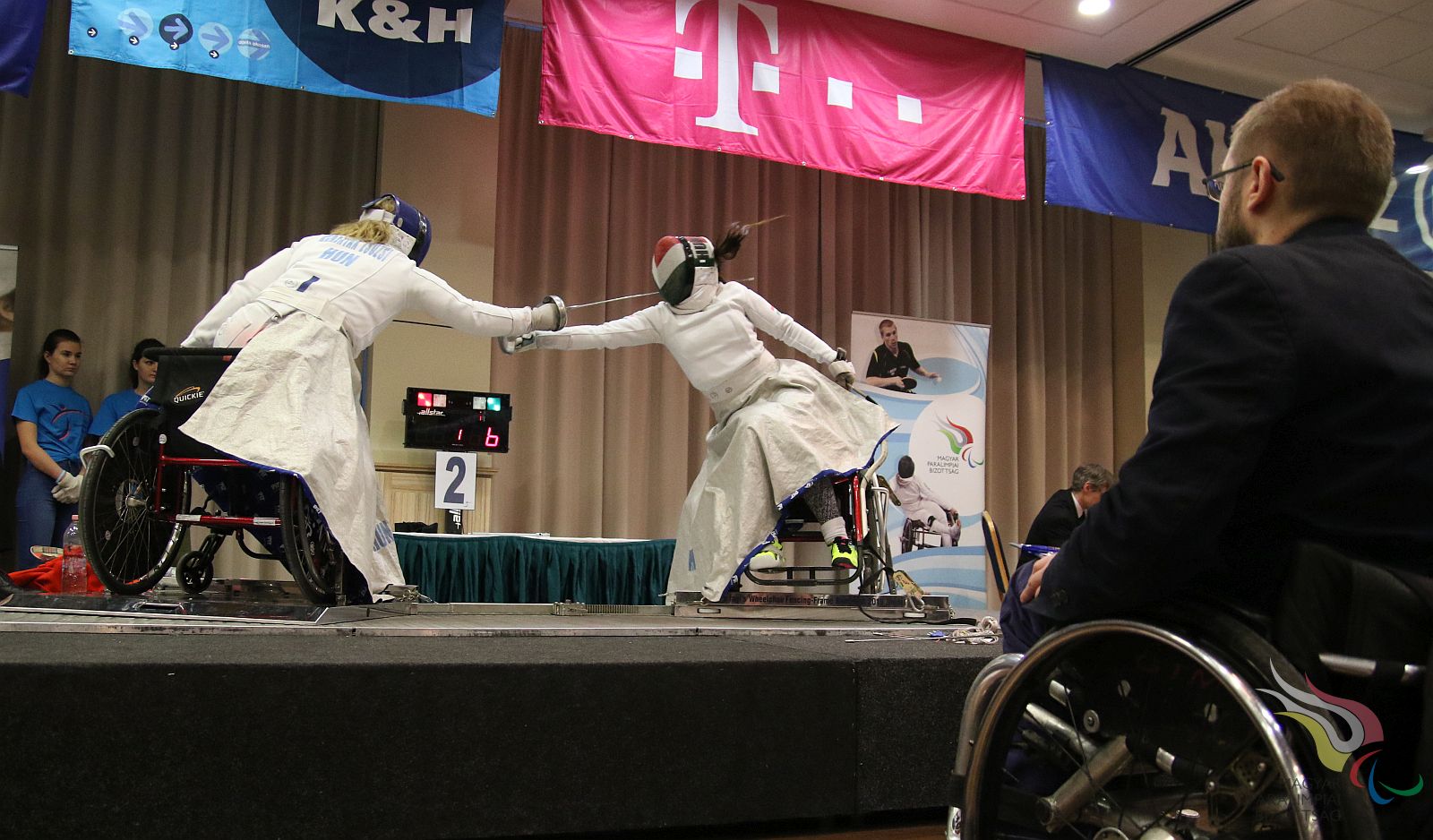 (photography courtesy of Szilvi Hoffer on behalf of the Hungarian NPC)