The final day of the IWAS Wheelchair Fencing World Cup 2018 at Eger comes to a close.

Day three was the final day of competition at the IWAS Wheelchair Fencing World Cup in Eger, Hungary.

Over 150 Fencers from 17 Nations competed over the three days, thrilling spectators and showing what their hard work and dedication to the sport can achieve. The final day of competition was no exception with the sabre events for both men and women starting off the excitment in the morning. 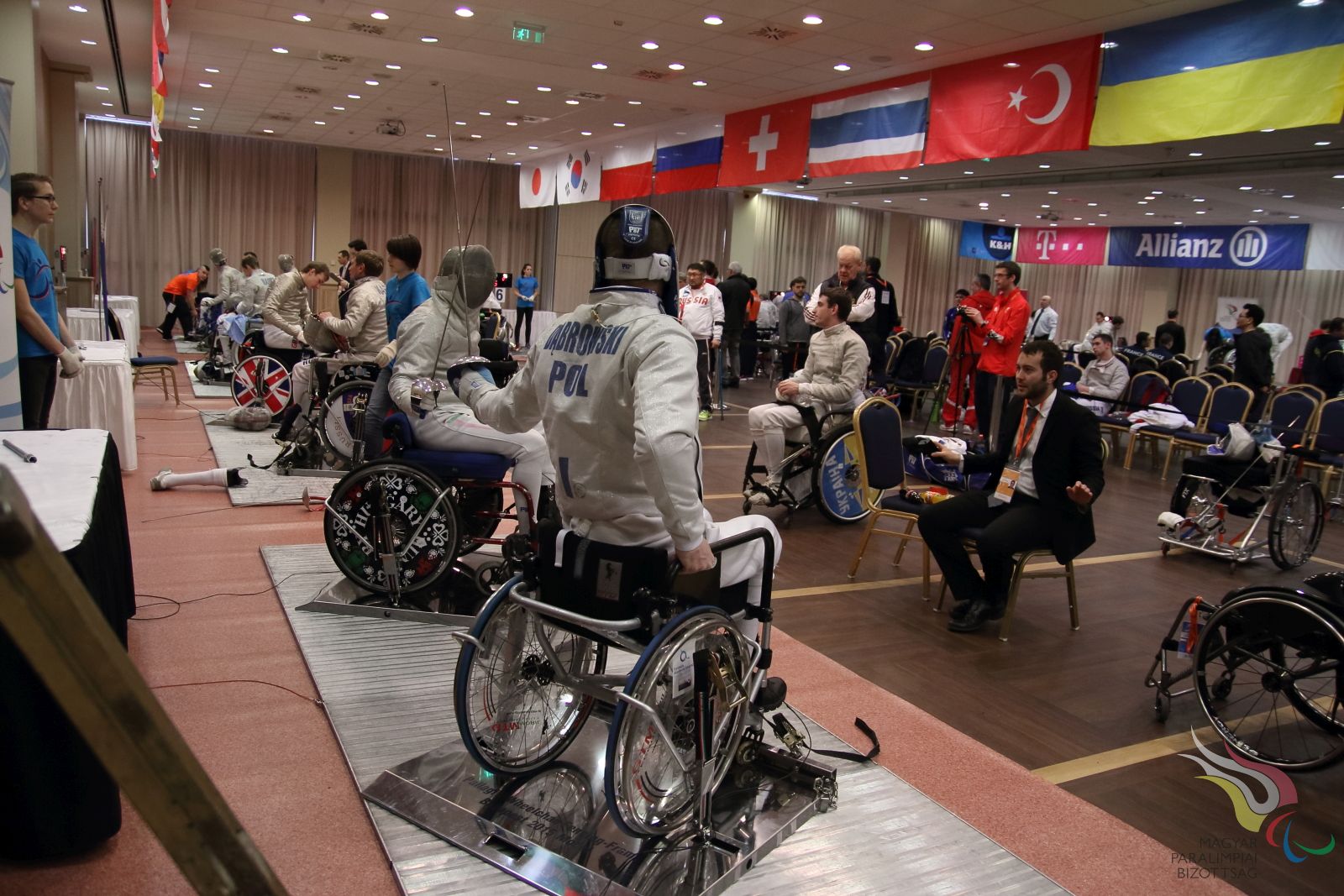 The Mens sabre Cat. A competition had a large entry of 34 fencers and was the first time the new sabre distance rule had been used in IWAS Wheelchair Fencing competitions this year. The fencers showed no difficulty in adapting to the new distance, and the timing and tempo of sabre was in full effect. 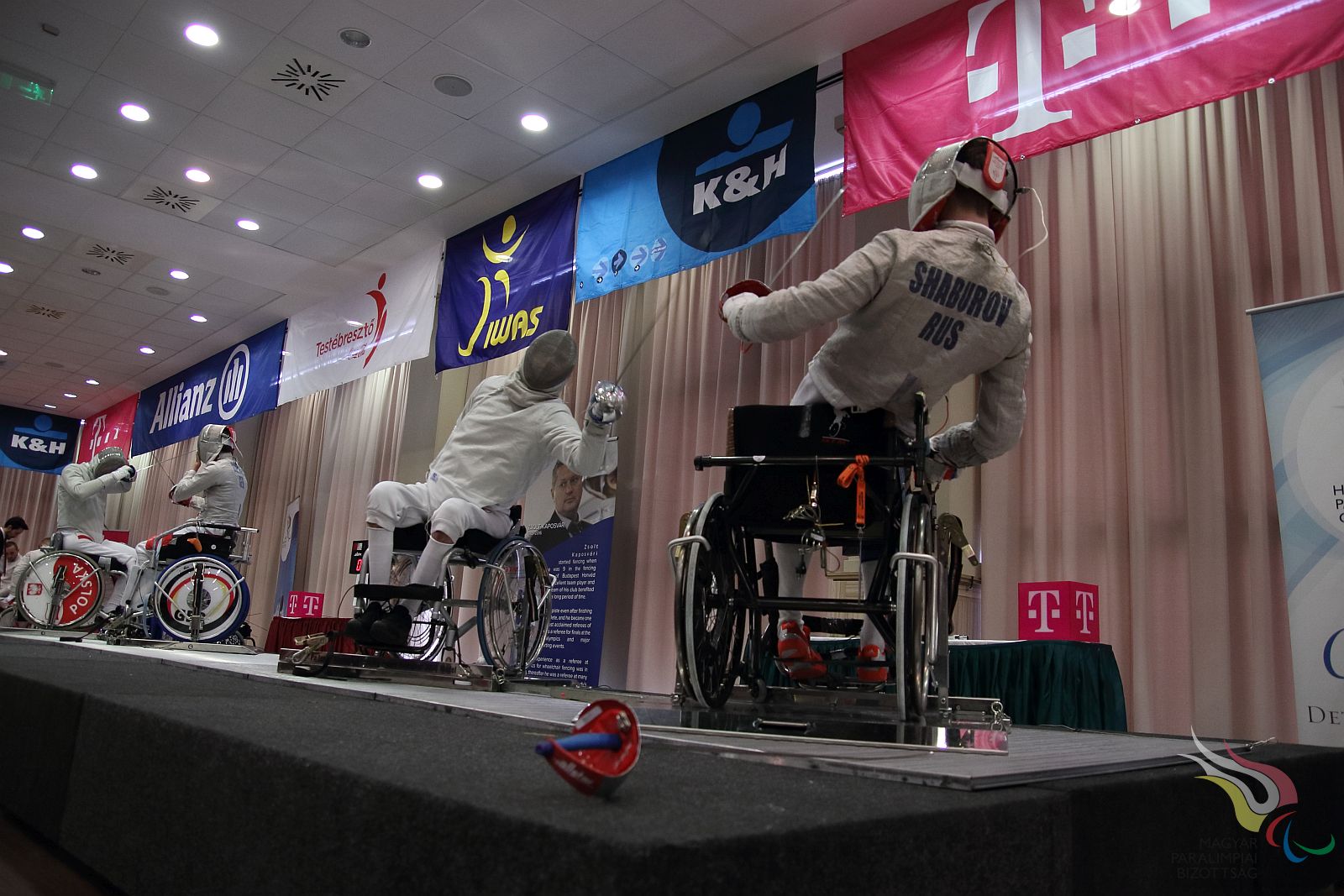 Over the three days of competition we had seen new entries into each weapon event, as fencers tried their hand at all three weapons. This is the first time this had been possible at competition due to the new IWAS rulings for World Cups.

Mens Sabre Cat. B had an entry of 20 fencers and after pushing through the poule rounds the goldwent to Alessio SARRI (ITA), silver toGregorz PLUTA (POL) and the bronze medals to Adrian CASTRO (POL) and Marco CIMA (ITA) 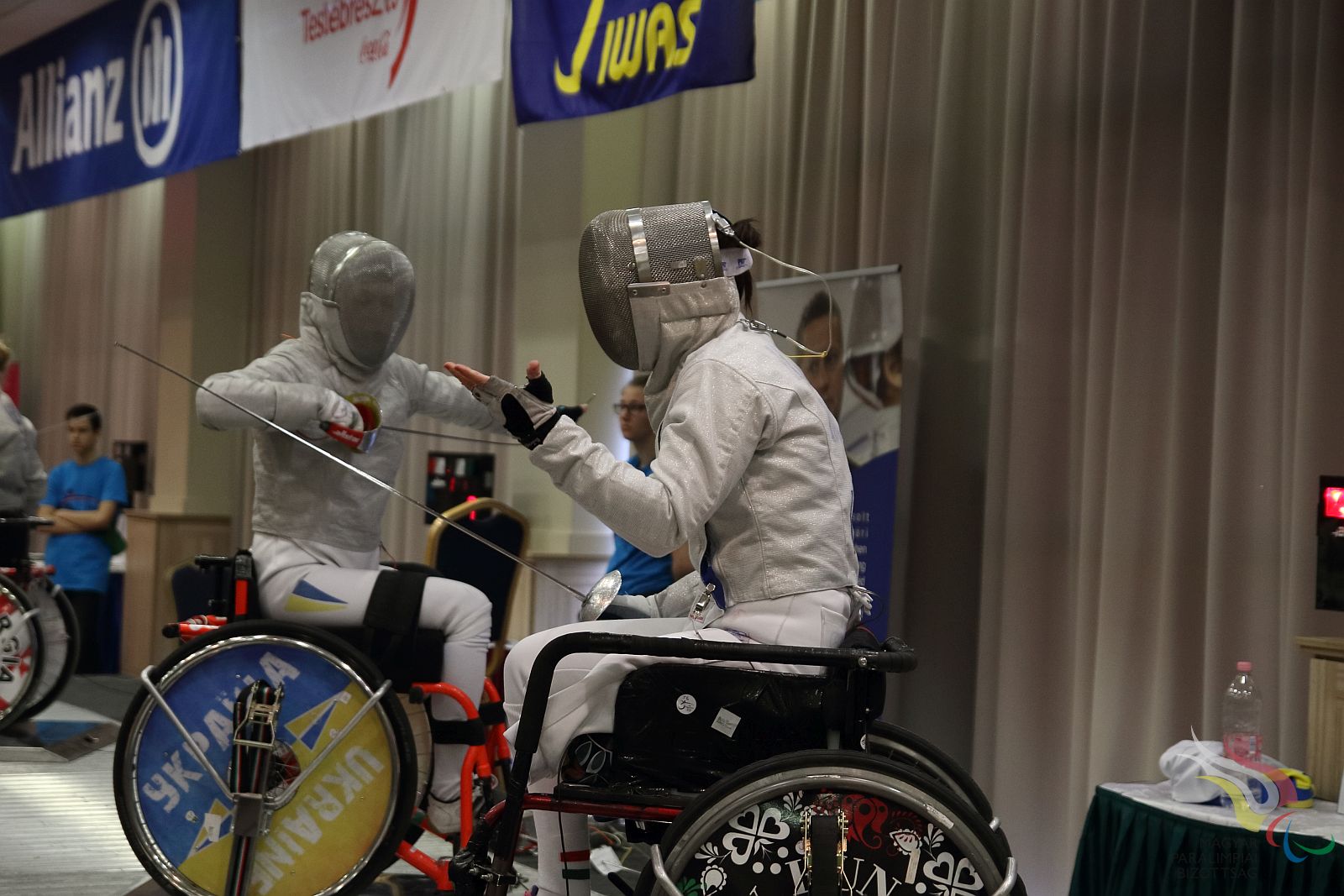 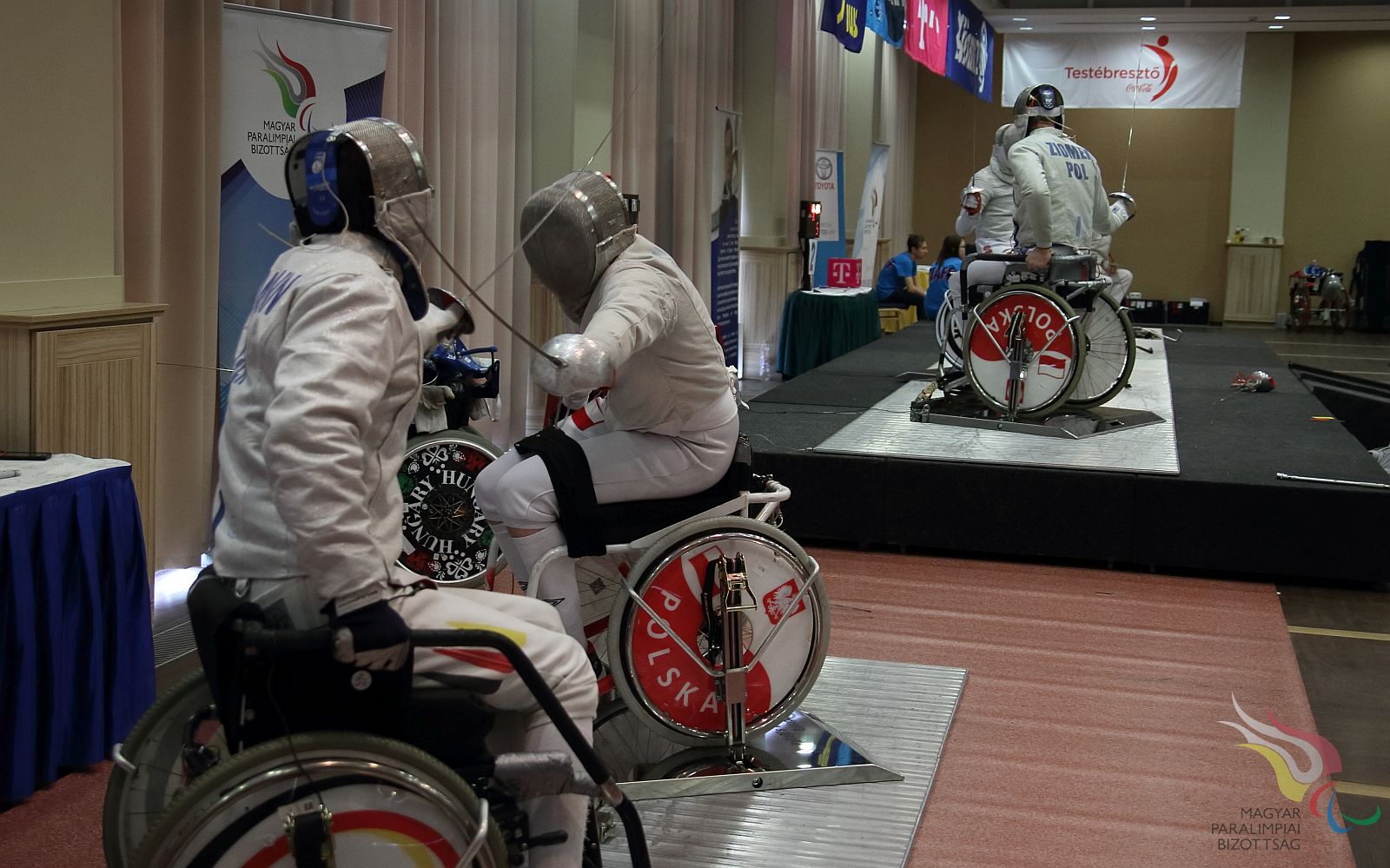 Womens Sabre Cat. A  had an entry of 20 fencers. The womens sabre competitions are increasing in athlete numbers year by year as this becomes more popular. We will see even more in the future as the number of women trying all three wepons increases at World Cup competitions.

The gold medal was won by Natalia Morkvych (UKR), silver by Eva Andrea HAJMASI (HUN) and the bronze by Nino TIBIASHVILI (GEO) and Amarillo VERES (HUN).

The Women Sabre Cat. B event saw some of the Cat. C women choosing to enter the competition. This added to the variety and tactics seen during the competition with the evetual gold medal going to Irma KHETSURIANI (GEO), silver to Olena FEDOTA (UKR) and bronze to Nadiia DOLOH (UKR) and Saysunee JANA (THA).

The Team competitions completed the days events with Mens Team Foil and Womens Team Epee. With an enthusiatic audience, team mates and Nation support, these were very exciting competitions. The Mens Foil Team event had an entry of 12 Nations and each final place was hard fought, the gold going to Poland, silver to Russia and Bronze to Italy. Womens Team Epee had an entry of 7 teams, showing the same determination and focus as the men with the gold eventually going to the host nation Hungary, silver to Russia and Bronze to Thailand. 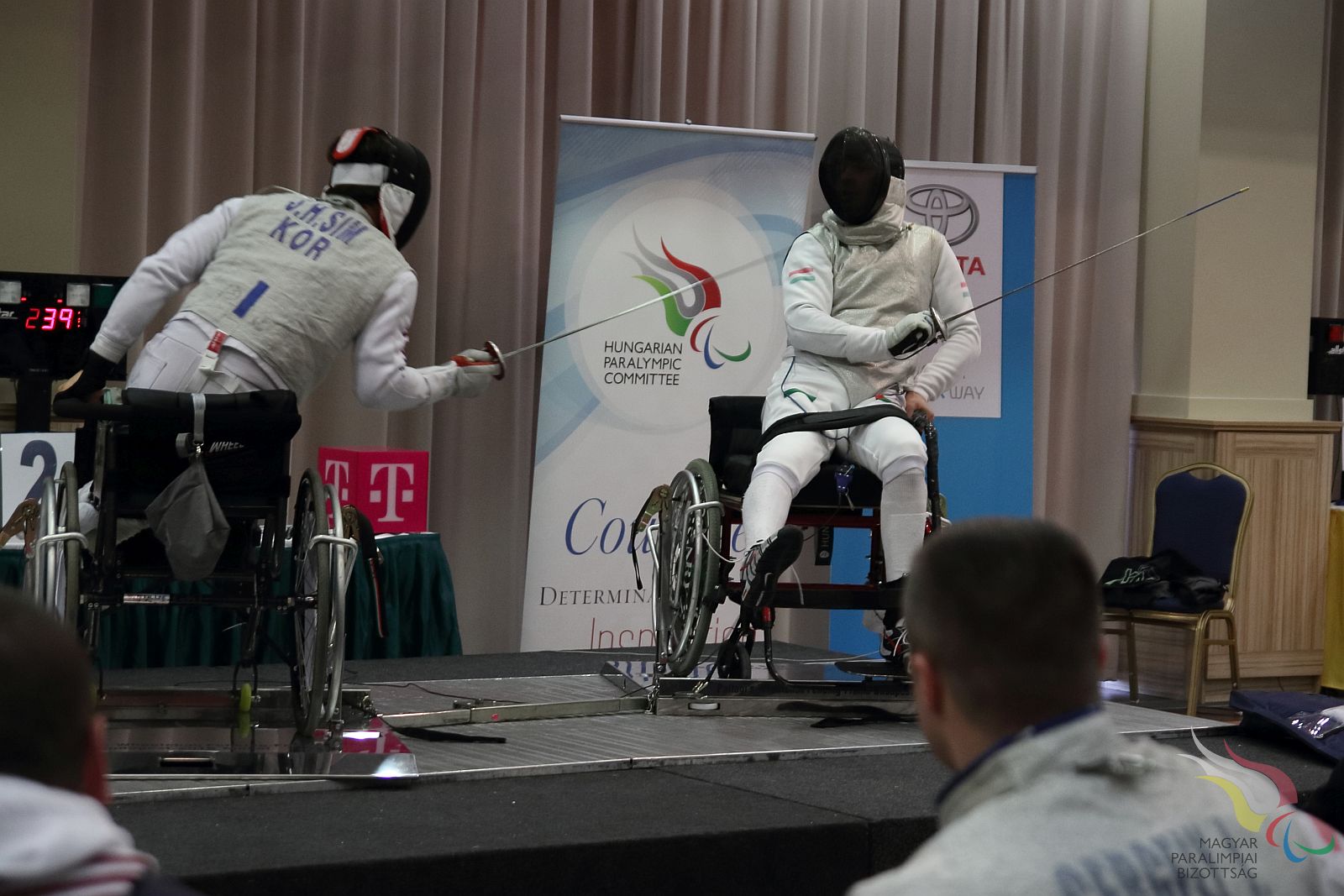 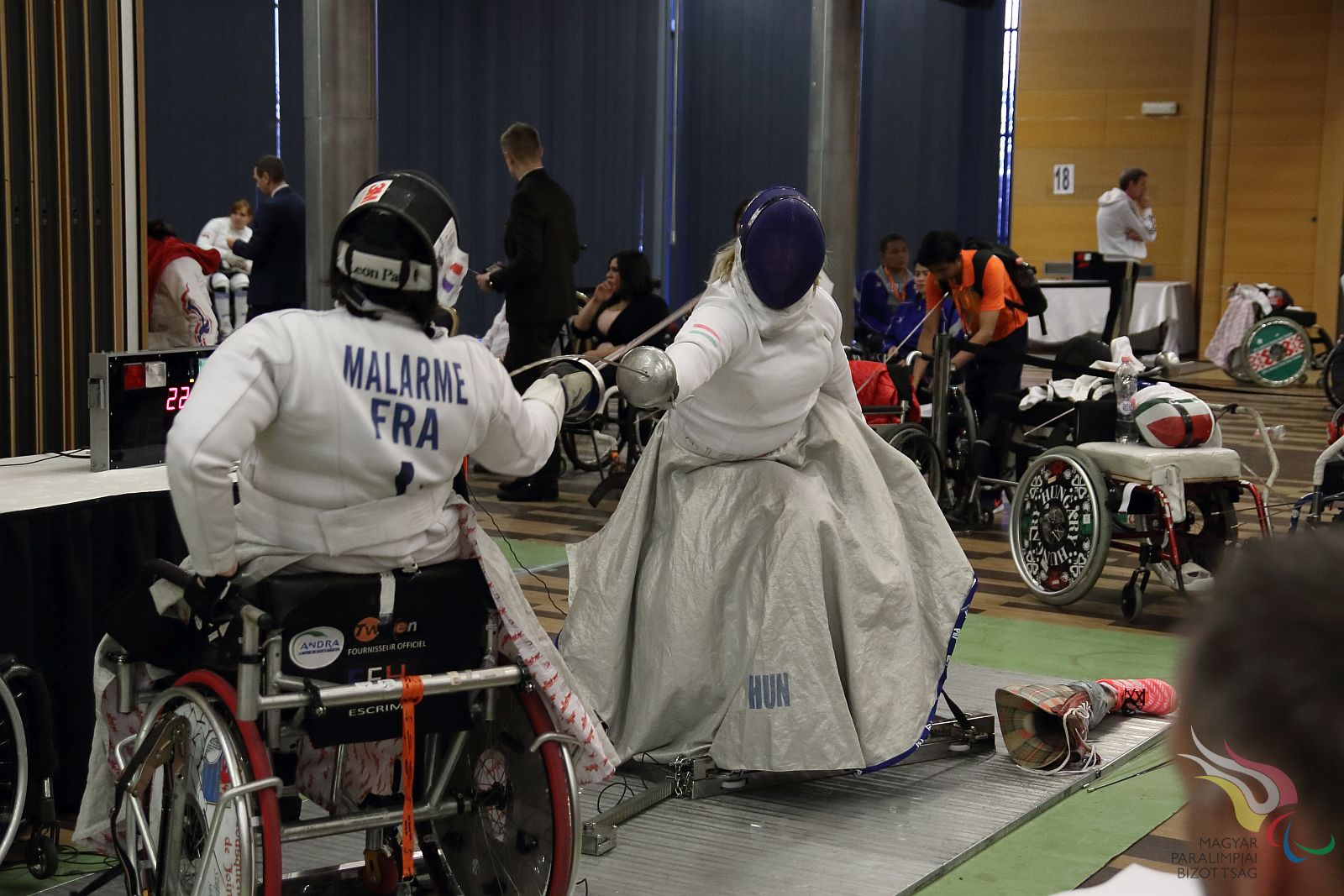 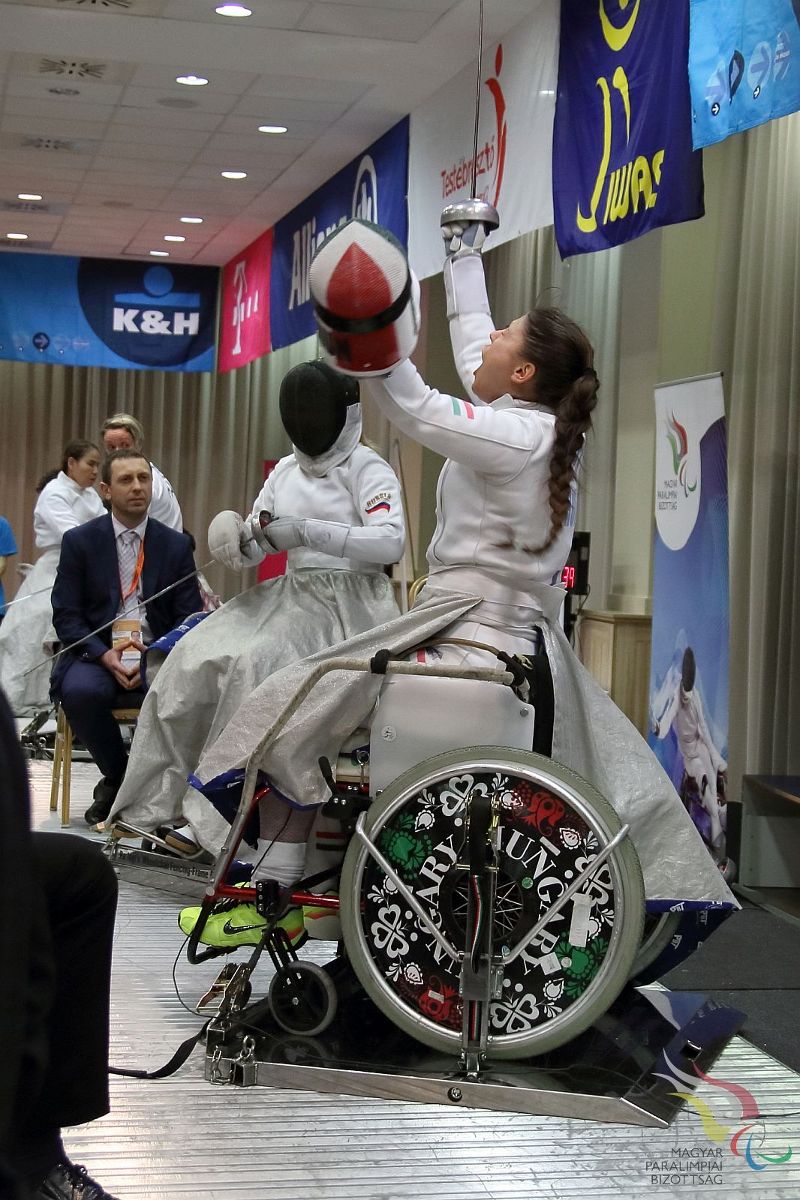 Our thanks go to the Hungarian Organising Committee, the Officials and volunteers who all go toward making such a successful competition.