Day three of the competition started with 44 fencers taking part in Mens epee Cat A. the strong field was finally whittled down to the four semifinalists, dominated by Russia with only one other Nation, GBR,  remaining. after tense semi finals the final pair Maxime SHABUROV (RUS) and Piers GILLIVER (GBR) battled it out to 15-12 with SHABUROV taking the gold. Artur YUSUPOV (RUS) and Roman FEDYAEV (RUS) took the bronze medals. 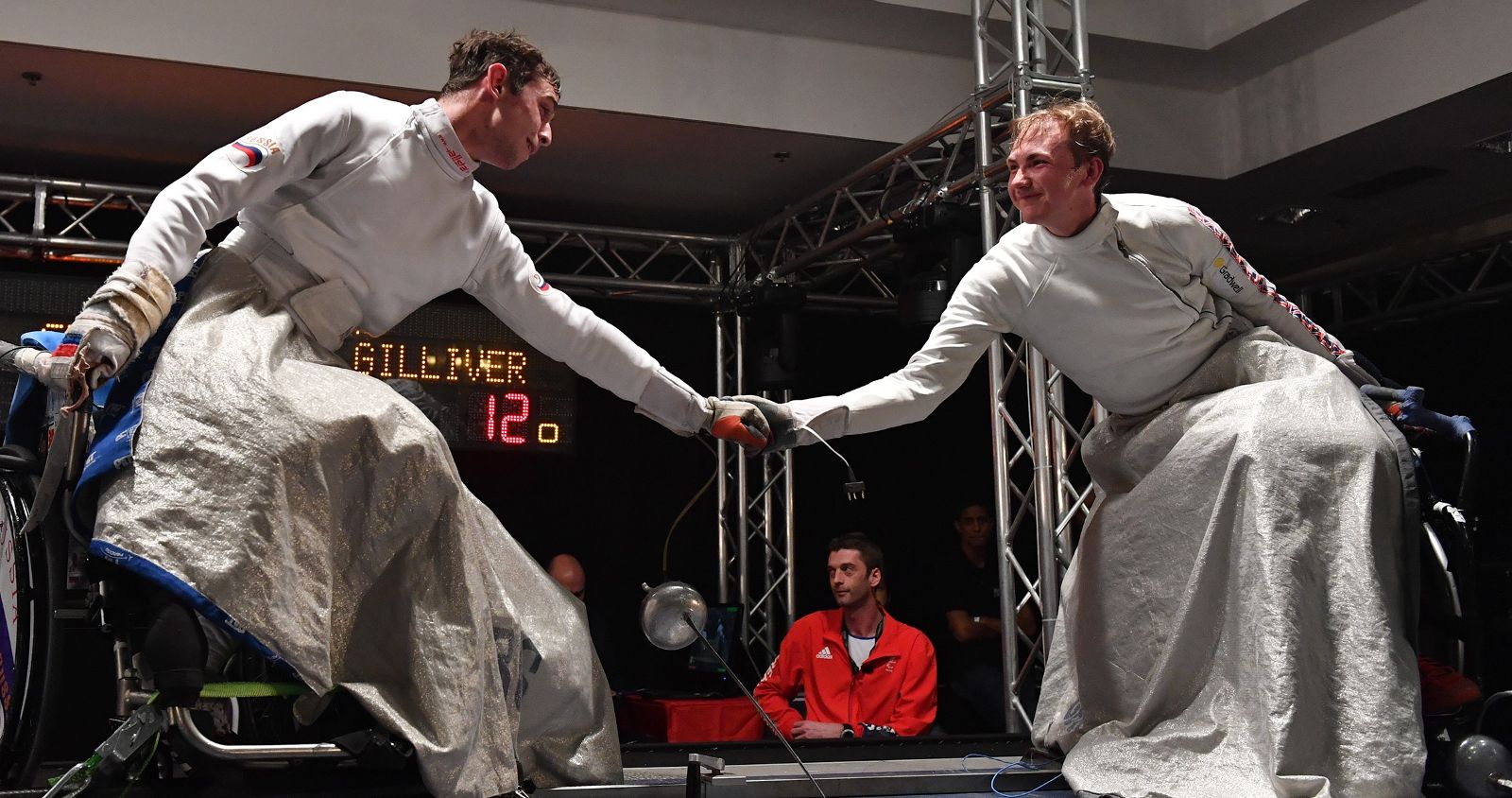 Womens Epee Cat B followed the men, showing style and technique as well as the occassional inventive move! the gold medalist Victoria BOYKOVA (RUS) jhad a comfortable 15-10 win against Sayaunee JANA (THA) who wins her second silver medal of the Championships. Bronze medals were taken by Kristina FIAKLITAVA (BLR) and Ludmilla VASILEVA (RUS) 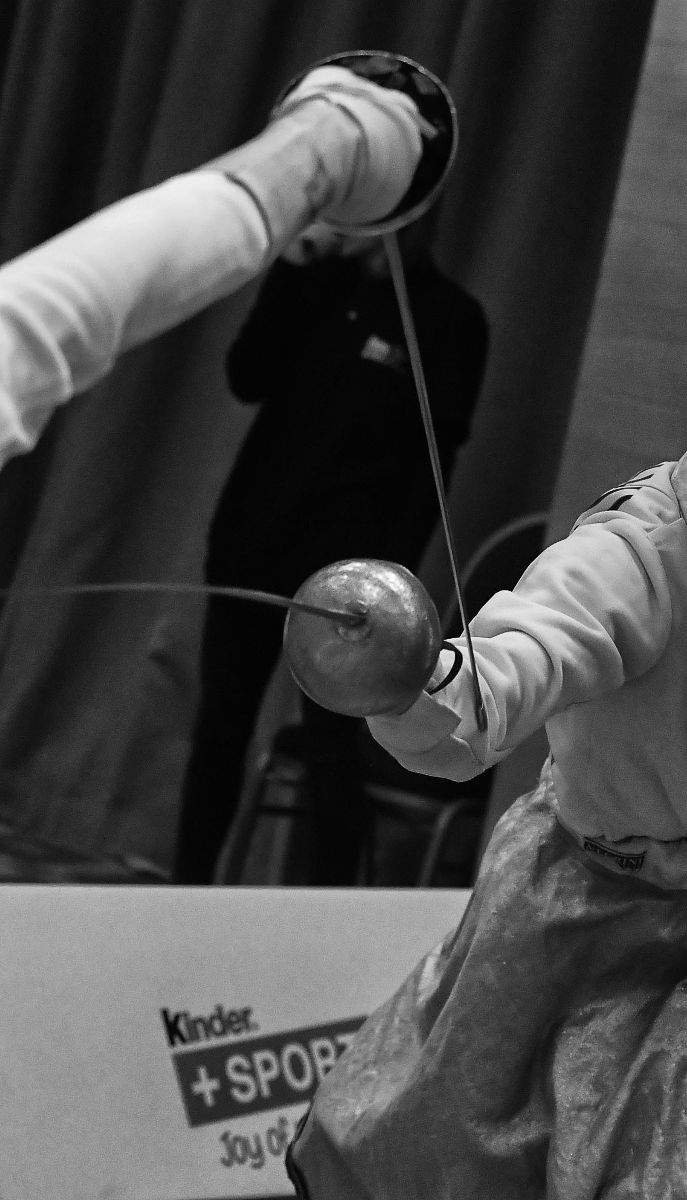 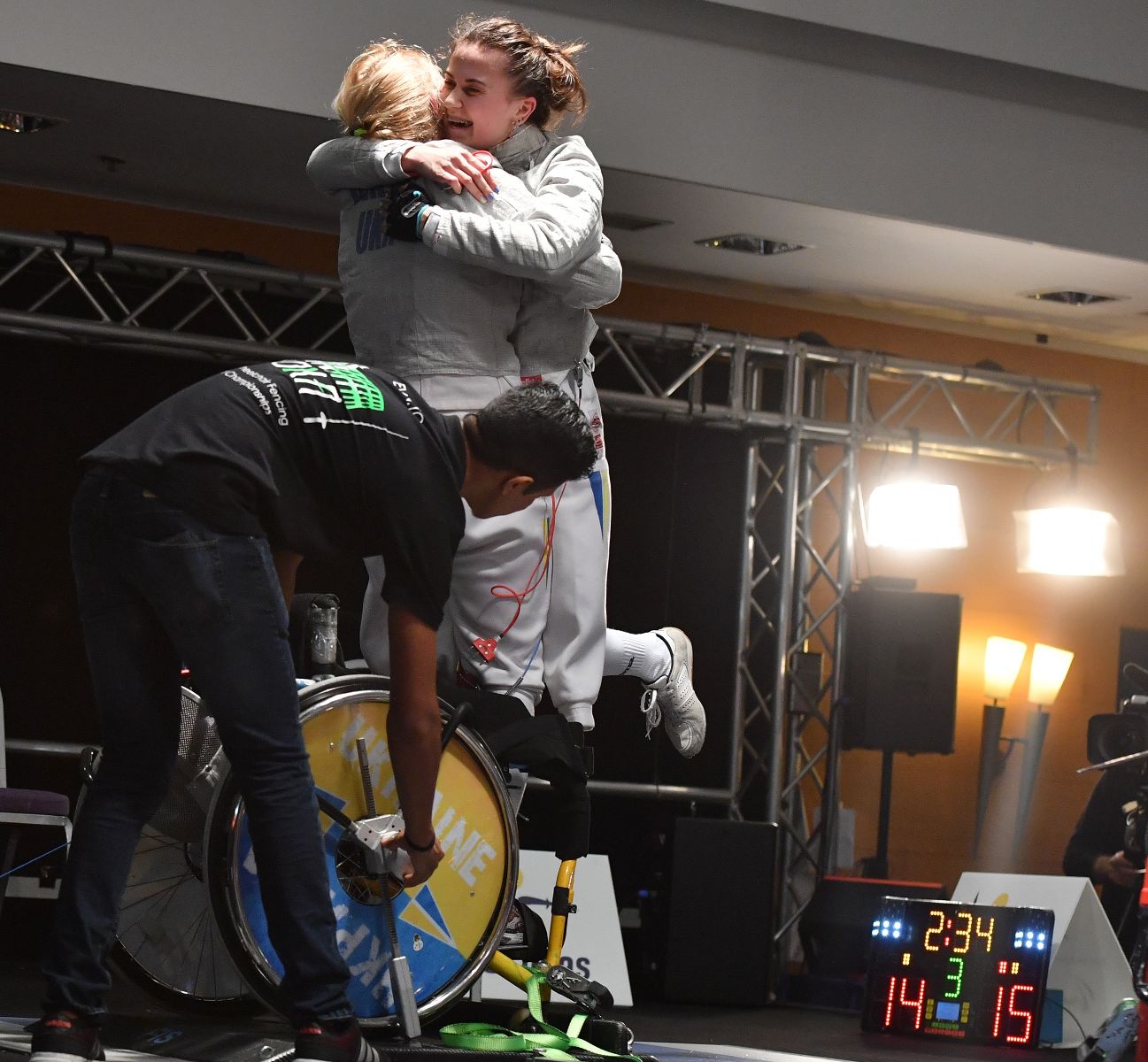 We look forward to day four of the World Championhsips.

All photos courtesy of Augusto Bizzi the Official photographer for the Italian Fencing Federation.