Mens Epee Cat. A saw top names from the world of Wheelchair Fencing competing in a entry list of 45 athletes. After pleasing the crowd with tactical skills the final was between the two Russian fencers; Maxim Shaburov and team mate Artur Yusupov, with Shaburov pulling away to reach gold medal position. Bronze was taken by Piers Gilliver (GBR) and Emanuele Lambertini (ITA) 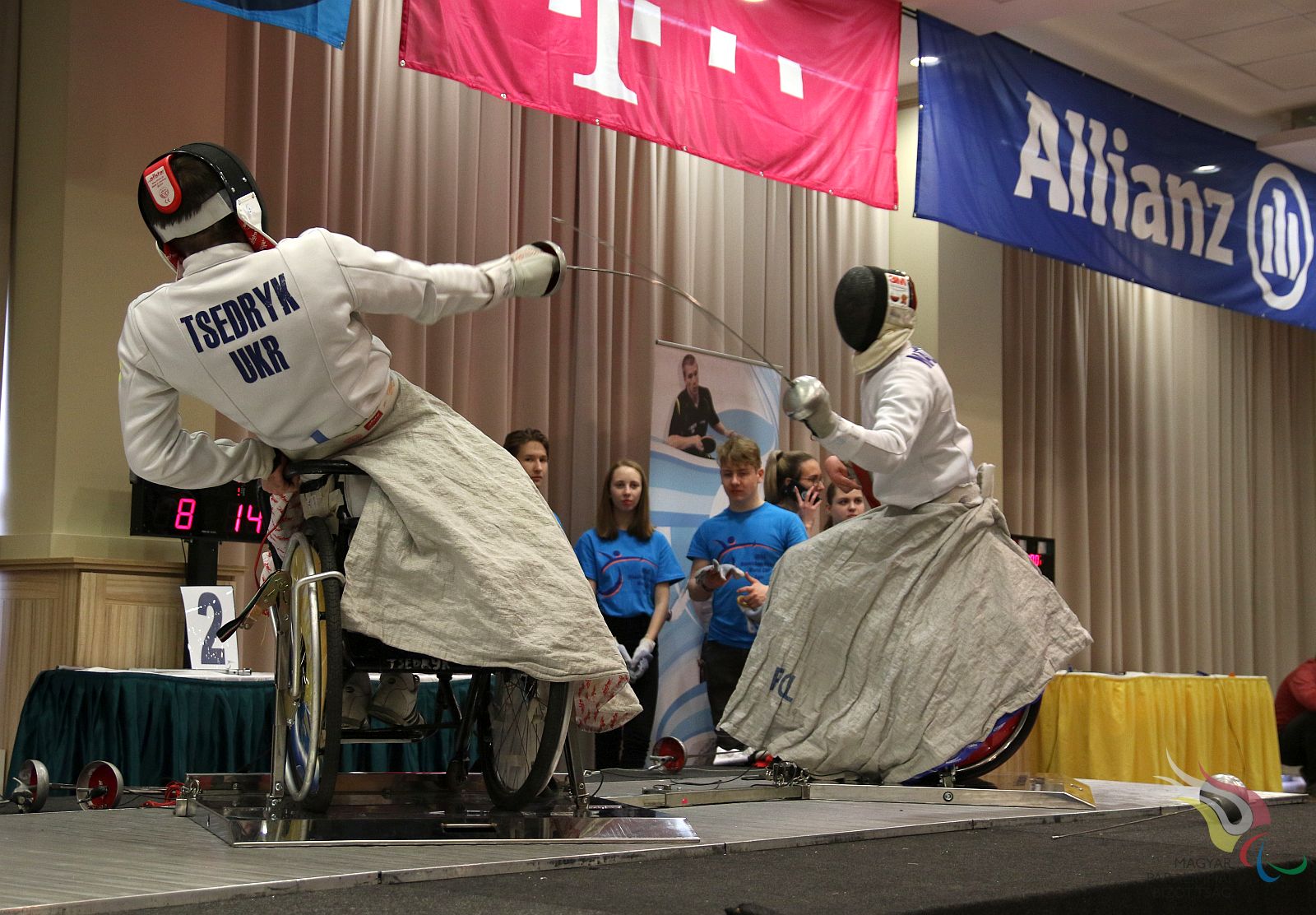 Women Foil Cat, A had a field of 19 fencers and got off to a flying start with the Hungarian favorite Zsuzsanna Krajnyak showing her form and reaching the final to take gold place against silver medalist Andrea Mogos (ITA). Bronze places were taken by Alena Evdokimova (RUS) and Natalia Morkvych (UKR). 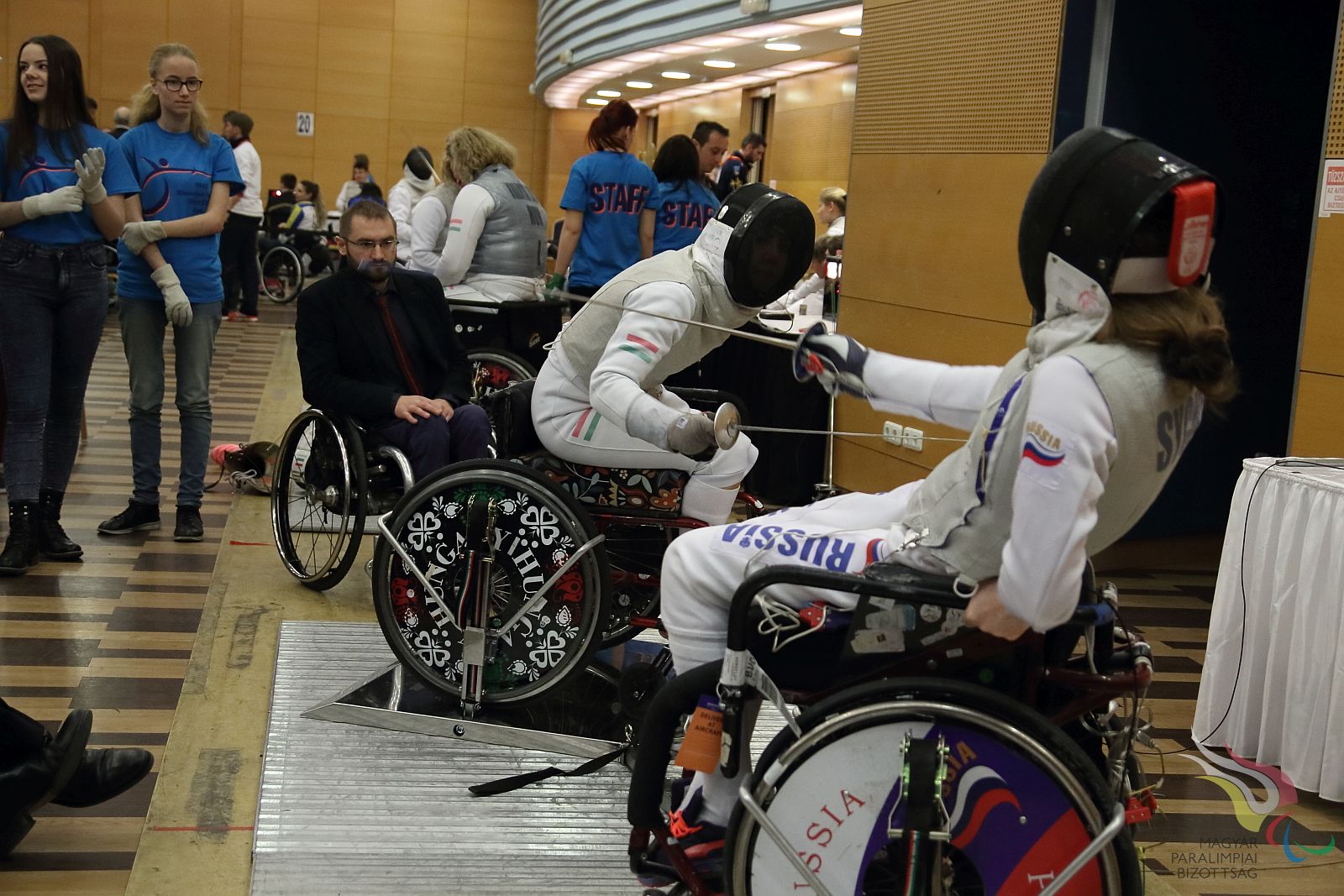 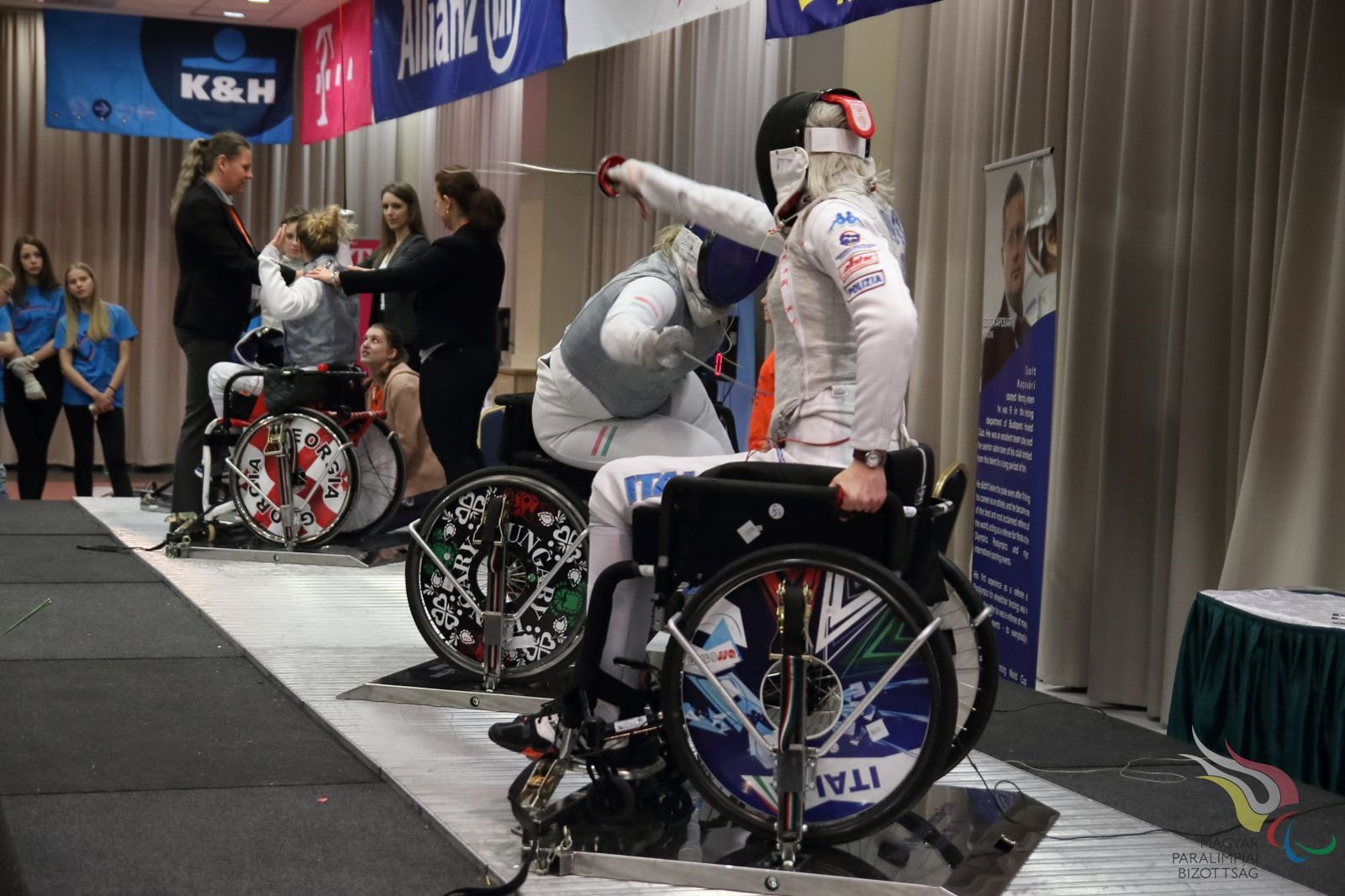 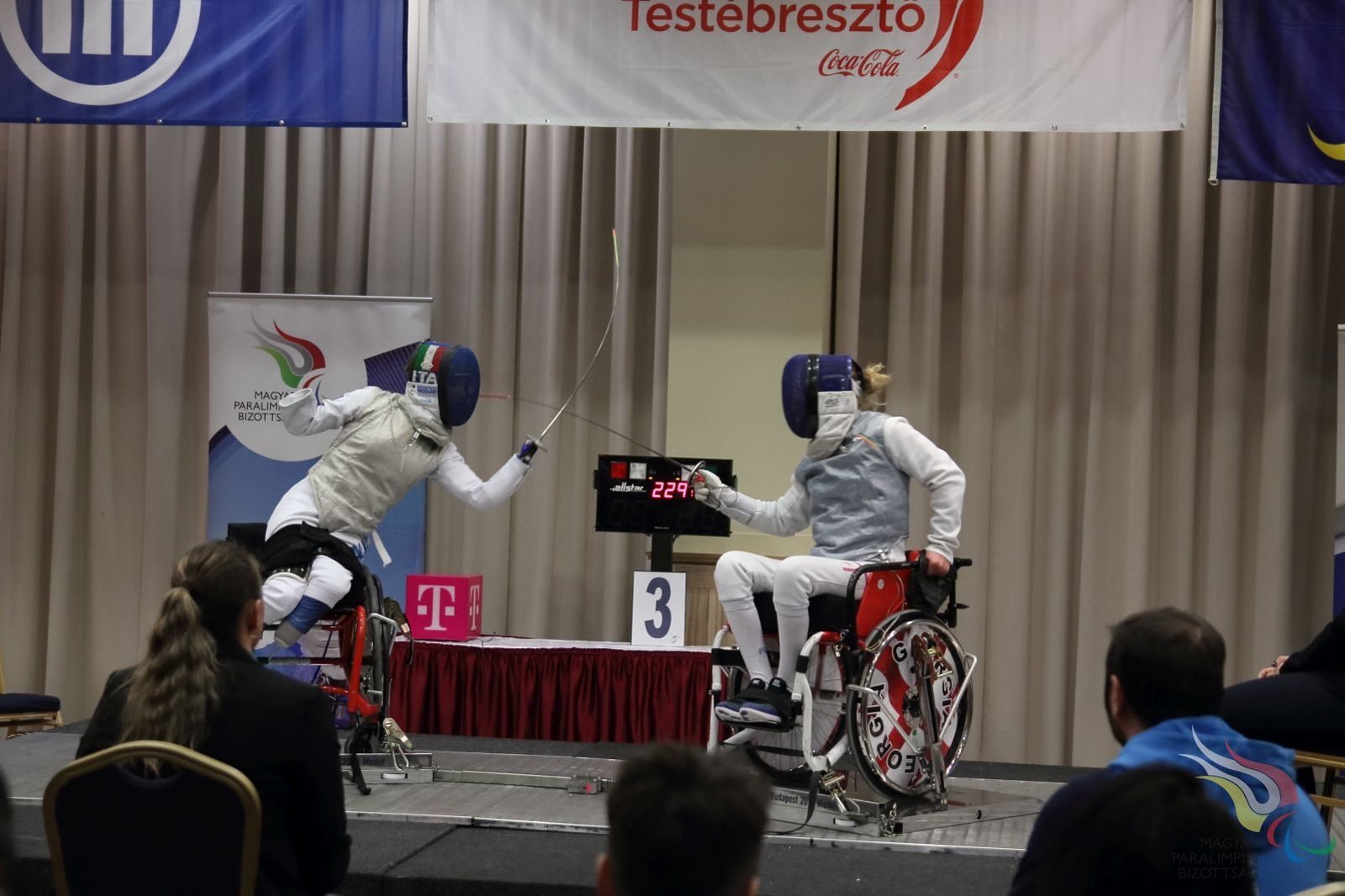 The final competition of day two was the Epee Men Cat. B. 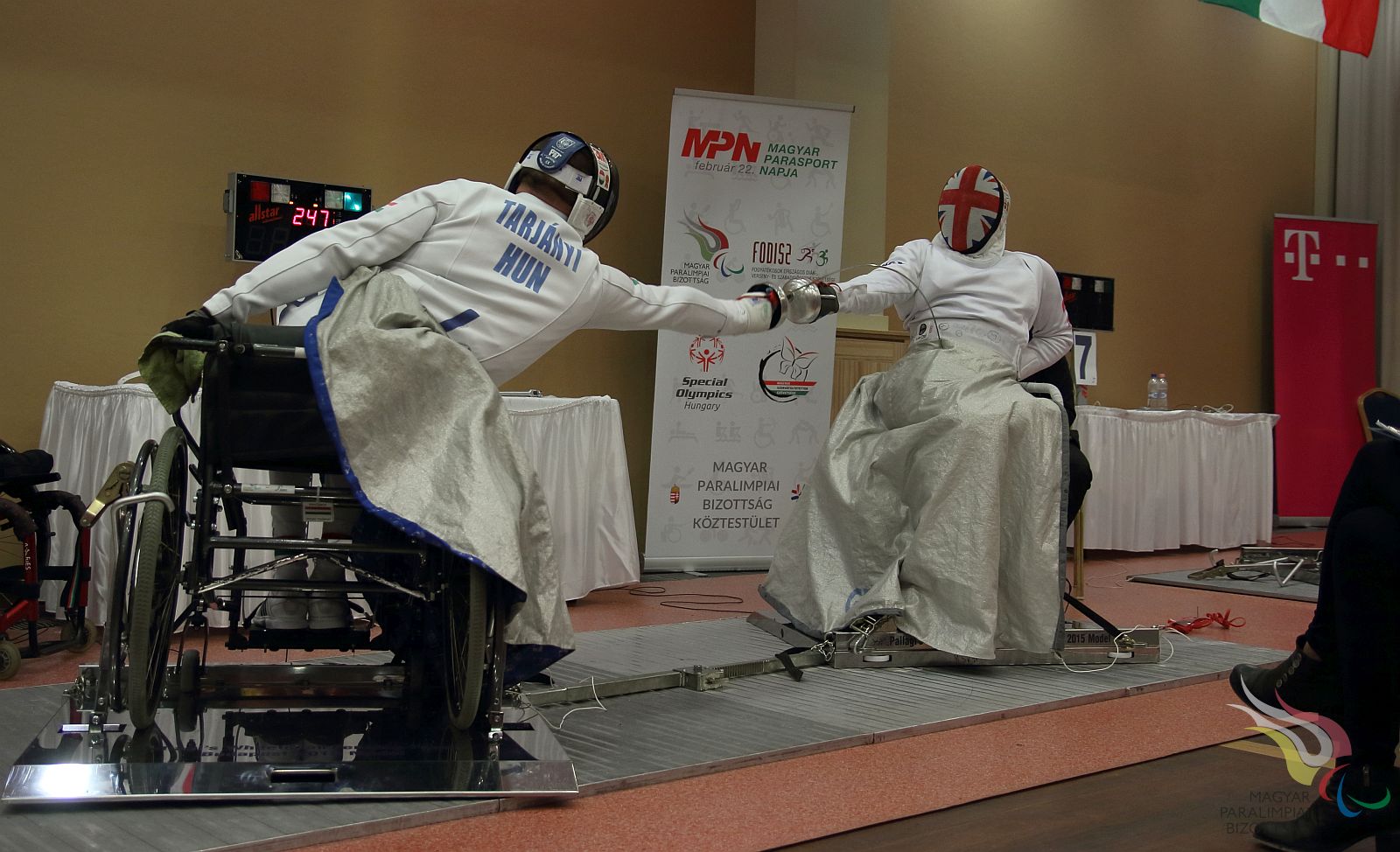 31 competitors battled it out to the final match, with Dimitri Coutya (GBR) taking the gold medal. Silver went to Alessio Sarri (ITA) and Bronze to Javone Guissone (BRA) and Istvan Tarjani (HUN)

We look forward to day three of the competition which will showcase Sabre Men and Women Cat. A and B, and the team matches; Womens Epee and Mens Foil.

(Photo Credit: Szilvi Hoffer (on behalf of the Hungarian NPC)