Zsuzsanna KRAJNYAK (HUN) achieved the first double gold of the championships, by winning the Womens Cat A Foil, beating her teammate Eva HAJMASI 15-7 in the final. Bronze medals were won by Alena Evdokimova (RUS) and Chui Yee YU (HKG). This is the second gold medal for Zsuzsanna at these Championships, following her gold in the Womens Epee Cat A event on Day one. 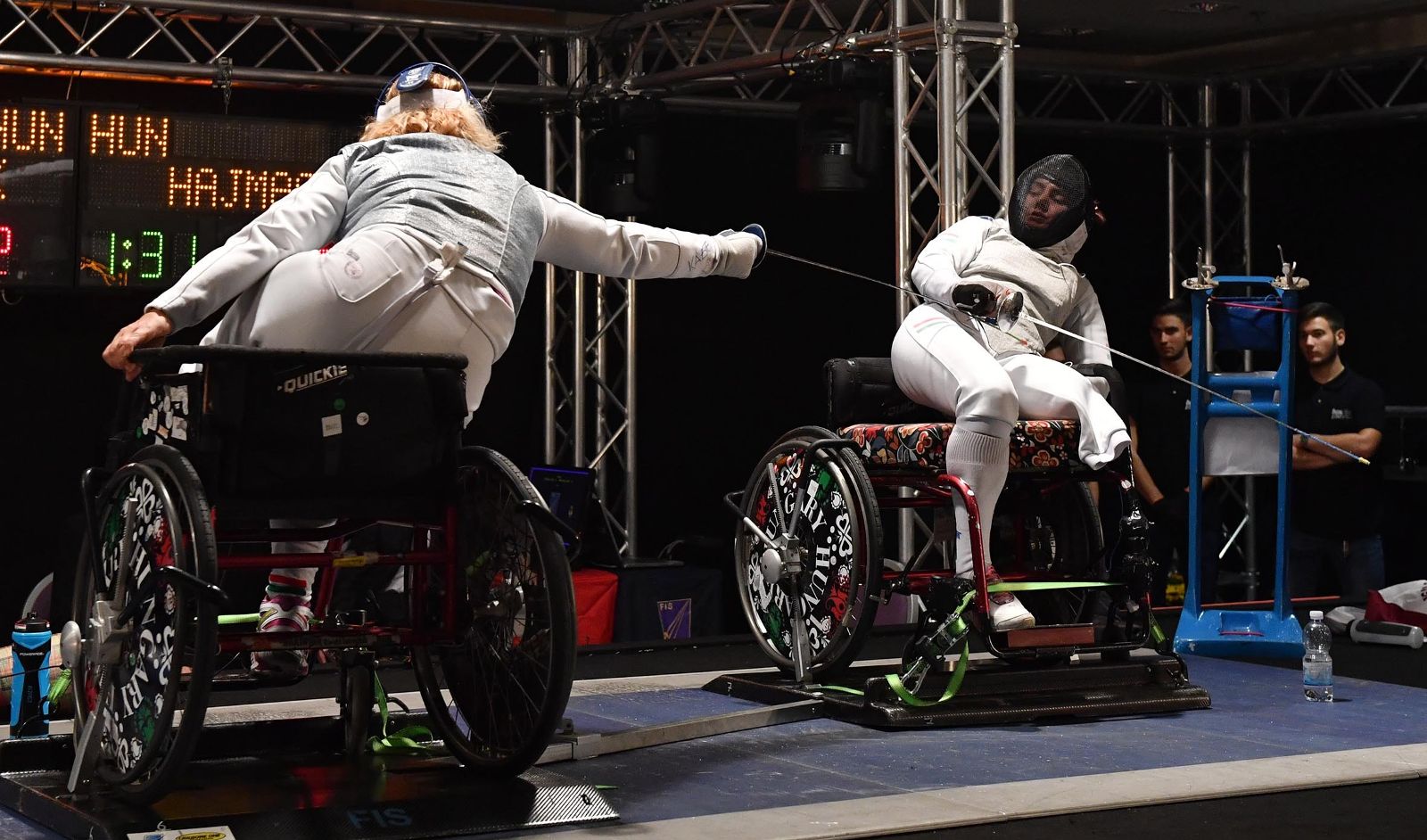 Mens Epee Cat B was the next event to produce a double gold, this went to Dimitri COUTYA (GBR), his first gold being in the Mens Foil Cat B event on Day one. Dimitri made a last minute come back from 12-14 to beat Alessio SARRI (ITA) 15-14 in a thrilling match on the Italians home ground. Yanick IFEBE (FRA) and Ali AMMAR (IRQ) won the bronze medals. 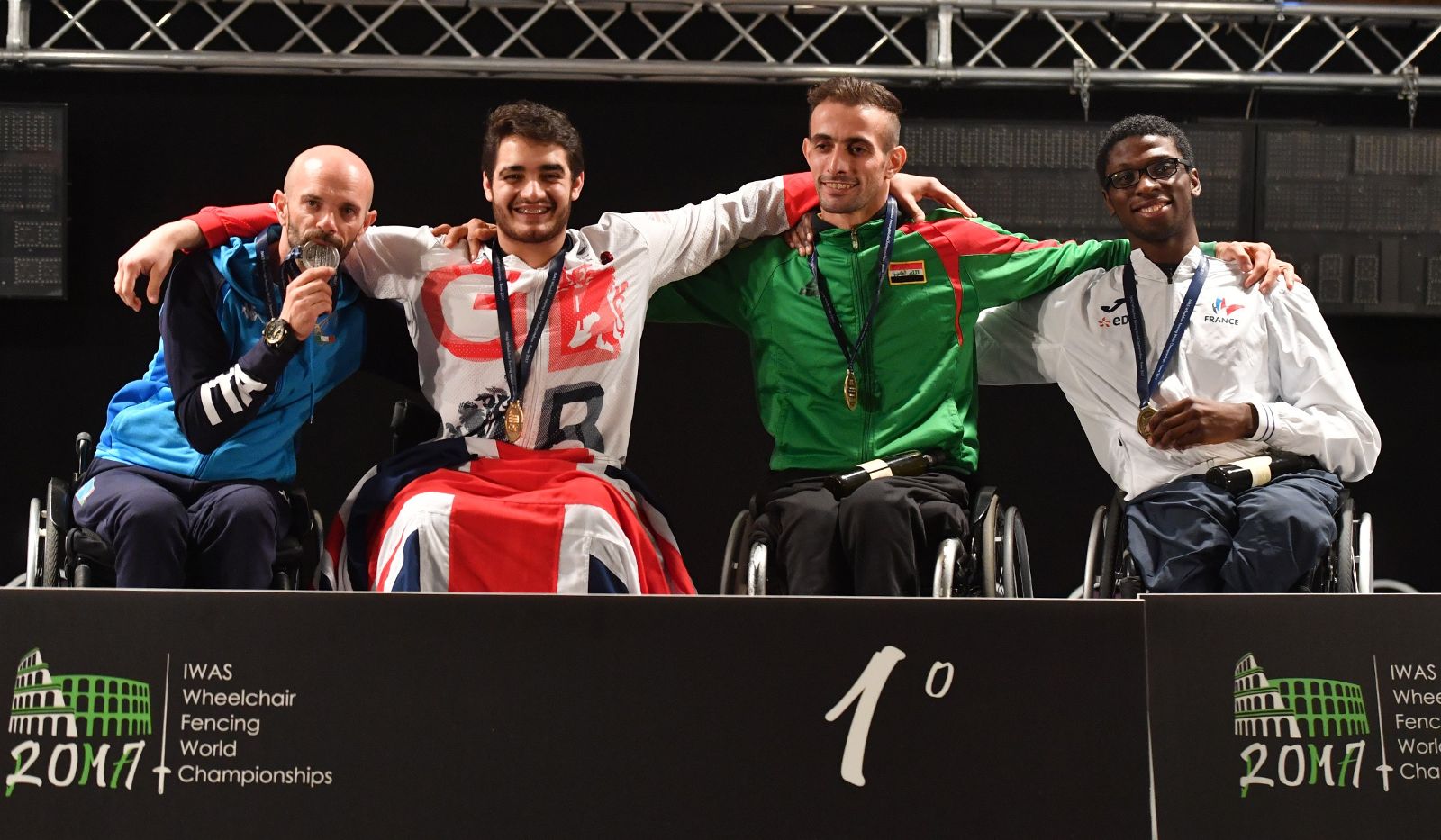 The third event of the day was the mens Sabre Cat A, always a fast and furious event, and this one was no exception. Lightening speed and quick reactions make this the fastest of the three weapons and the athletes entertained the crowds on the finals piste with Maxime SHABUROV (RUS) holding his nerve at the end as Richard OSVATH (HUN) made a last minute attempt at a come back from 12-14 down. Maxime held onto make the final hit becoming the 2017 Mens Sabre World Champion. Bronze medals were won by Pier GILLIVER (GBR) and Vasileios NTOUIS (GRE) 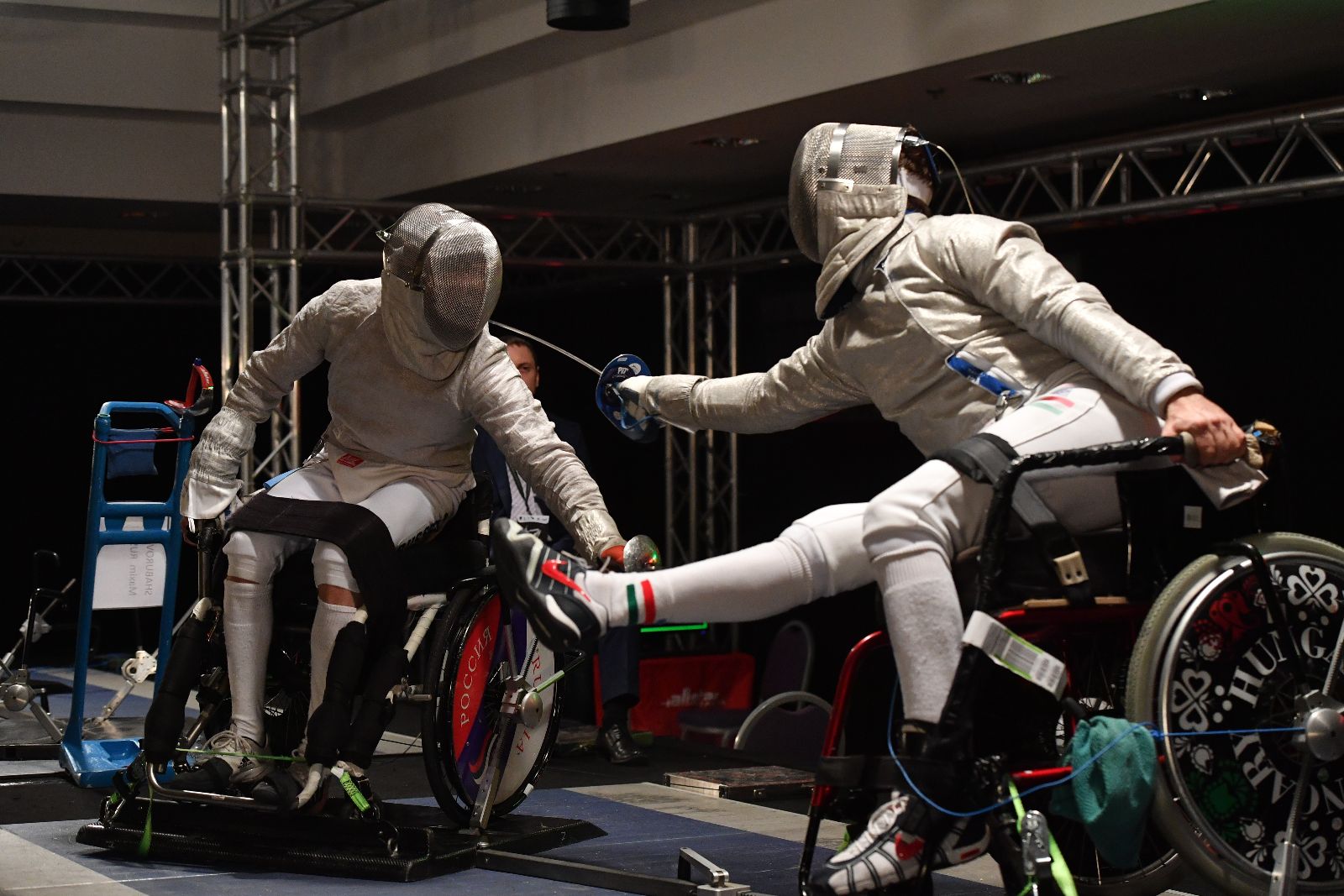 The finale of the day was the Women Cat B foil. The finals hall was opened up to the general public and dignatories to watch the preliminary and final rounds of the competition. Beatrice VIO (ITA) dominated the competition to get to the final against the strong competitor Maria BOYKOVA (RUS). Both competitors fought hard with Beatrice pulling away to eventually win with a commanding score of 15-3. Bronze medal positions were won by Irina MISHUROVA (RUS) and Alesia MAKRYTSKAYA (BLR) 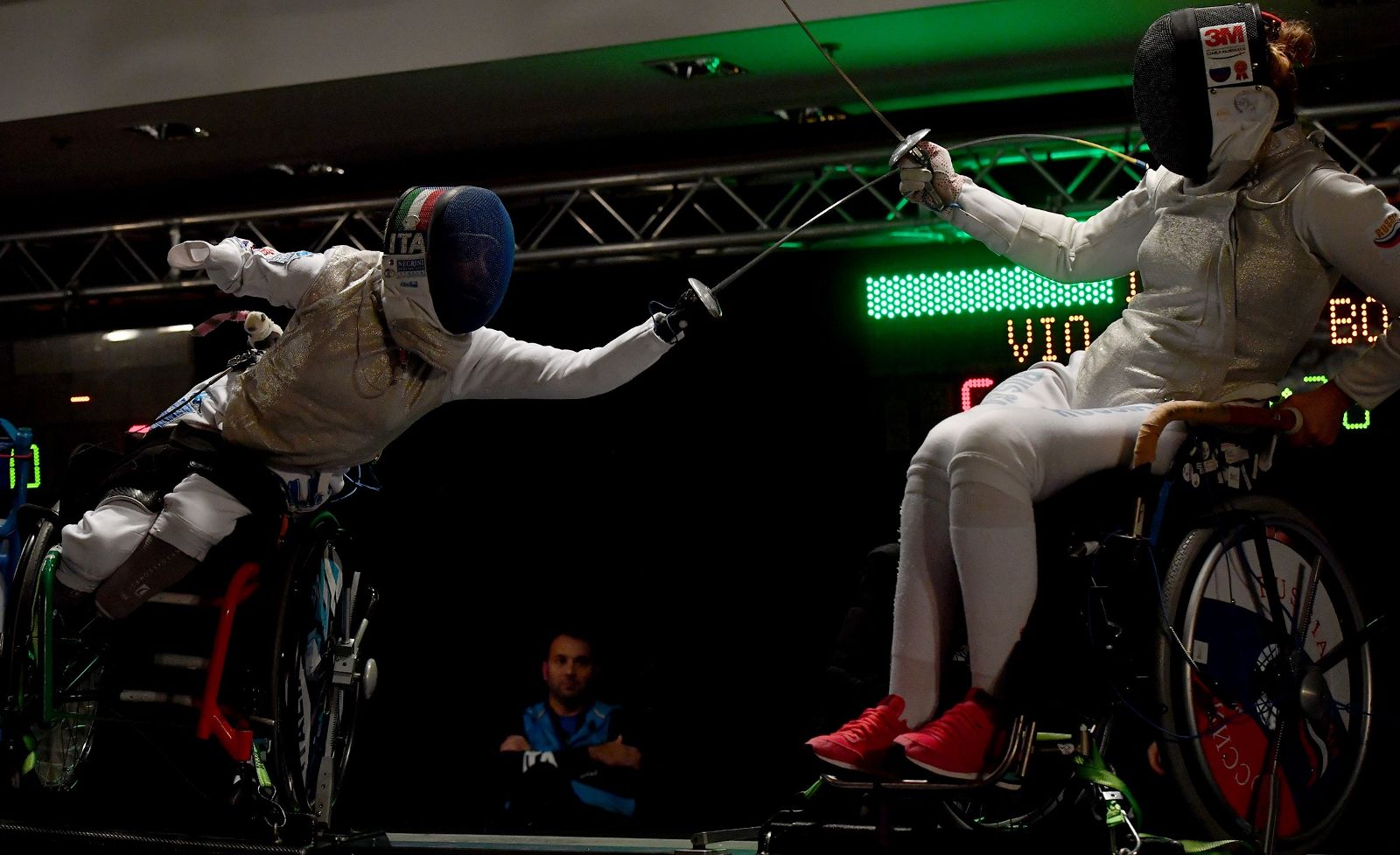 We look forward to day three of the Championships.