The semi-finals and final are available to watch again at the IWAS Wheelchair Fencing website alongside results.

Paralympic and world champion and European silver medallist Piers Gilliver saw off a challenge from Italy’s Emanuele Lambertini in the men’s epee category A to take the first British win of the day.

The result was no surprise as Gilliver has been unstoppable in the weapon this season, unbeaten across four World Cups. Lambertini took silver. 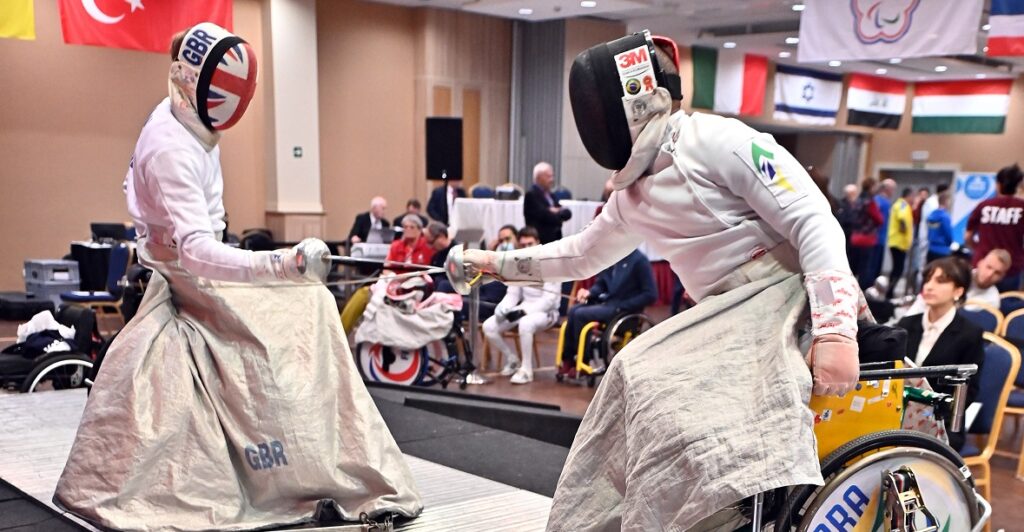 Dariusz Pender found his form at just the right time to take bronze. The Polish fencer last won a World Cup bronze in epee in 2018 but his confidence will now be boosted with just days until the European Championships. He last won a European medal in 2014.

France’s Luca Platania Parisi secured the other bronze, rounding off a World Cup season in which the 21-year-old won his first individual podium place.

Dimitri Coutya – the other British Paralympic, world and European Championships medallist in action on Thursday – claimed gold in the men’s foil category B.

Like Gilliver, Coutya is also unbeaten at the World Cup level this season.

The Brit faced France’s 2016 Paralympic and European champion Maxime Valet in the final, easing past him 15-7.

Ukrainian teammates Anton Datsko and Oleg Naumenko stood alongside each other in third place.

Hong Kong’s Yu Chui Yee stepped onto the top of the podium for the first time this year in the women’s epee category A.

Adding to her gold from the foil earlier in the season, Yee beat Poland’s Marta Fidrych in a close 15-12 match.

The gold medallist from Athens 2004 and London 2012 in the epee, Yee also beat Hungarian Paralympic champion Amarilla Veres for a place in the final.

Fidrych settled for silver and Veres bronze, whilst Gemma Collis claimed another top three finish for Great Britain with third.

Jana got past Ukraine’s European bronze medallist Olena Fedota-Isaeva. The Ukrainian will be pleased with her performance ahead of the Euros.

The Eger 2022 IWAS Wheelchair Fencing World Cup continues in Hungary on Friday (18 November) with the men’s foil category A and men’s epee category B and the women’s sabre category A and B.

Photos are available for editorial use here.