Ali, the Rio 2016 Paralympic silver medallist, was competing at his first World Cup since 2019. The Iraqi was looking for a good start to the season having missed out on the podium at Tokyo 2020. In contrast, it was Guissone who returned to the epee piste as a medallist from last year’s Paralympics.

The Brazilian made it to the semi-final but was eliminated by France’s serial World Cup medallist Yohan Peter. Ali meanwhile got past Italy’s Gianmarco Paolucci to set up a clash with Peter.

Ali, capitalising on the confidence gained from his performances in the earlier rounds, then overcame Peter 15-4 in a strong showing to take gold.

Guissone was left with bronze alongside Paolucci. Despite missing out on the win in the epee, Guissone will still be pleased with his gold from the foil on the opening day of competition on Thursday. 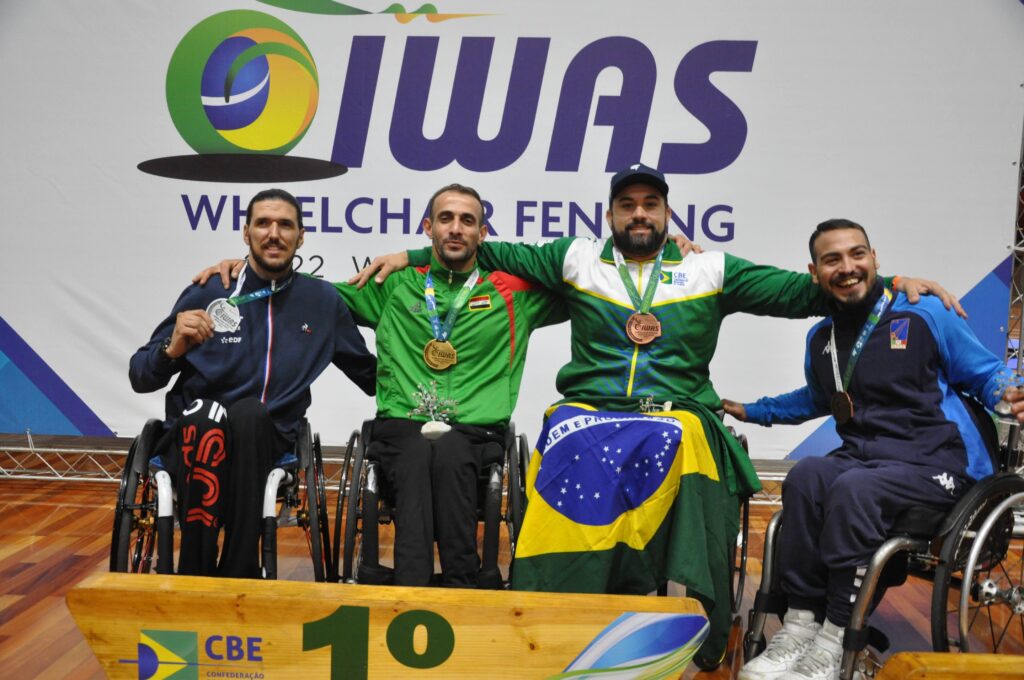 Italian Emanuele Lambertini topped his second podium of Sao Paulo 2022 in the men’s epee category A. 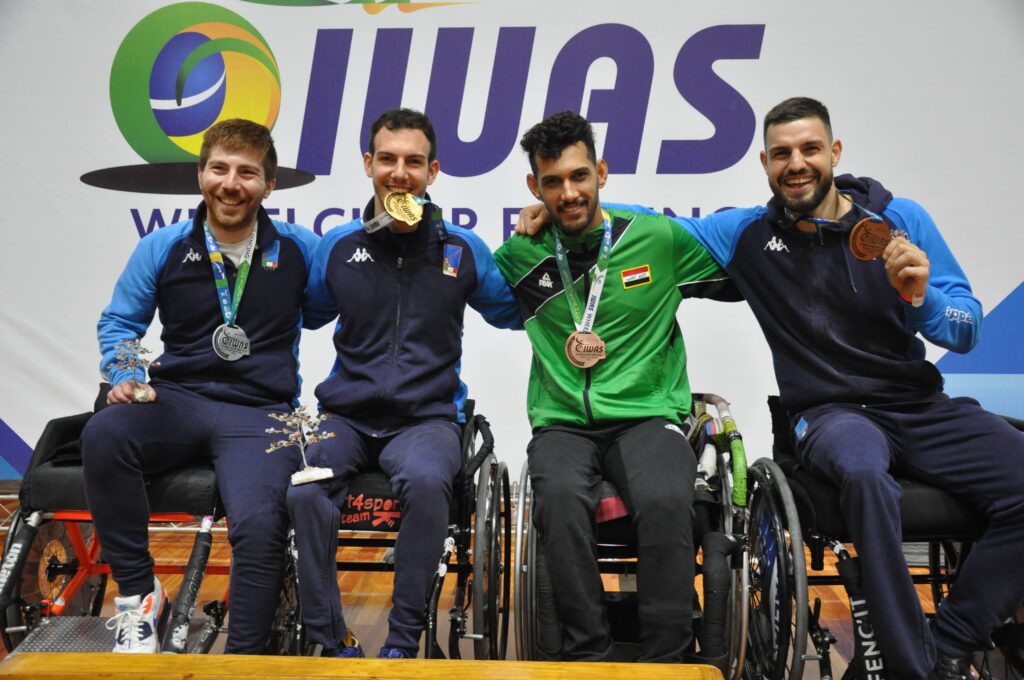 A third Italian, Edoardo Giordan, also broke into the top three as Zainulabdeen Al-Madhkhoori completed a great day for Iraq alongside him with bronze.

Thailand’s Saysunee Jana ended her competition with bronze for a clean sweep of podiums after claiming wins in the foil and epee on previous days. 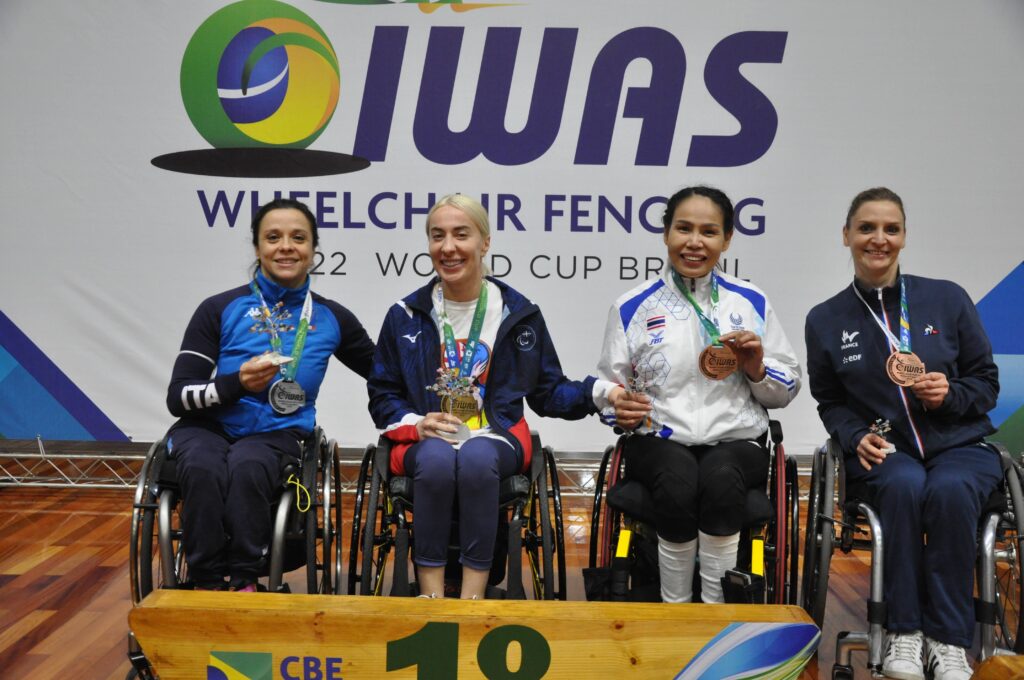 Italy’s Andreea Mogos secured her first women’s sabre category A World Cup win, landing amongst the medals for the first time since 2017.

On her way to the final, Mogos delivered a shock to Georgia’s Tokyo 2020 silver medallist Nino Tibilashvili in the semis. 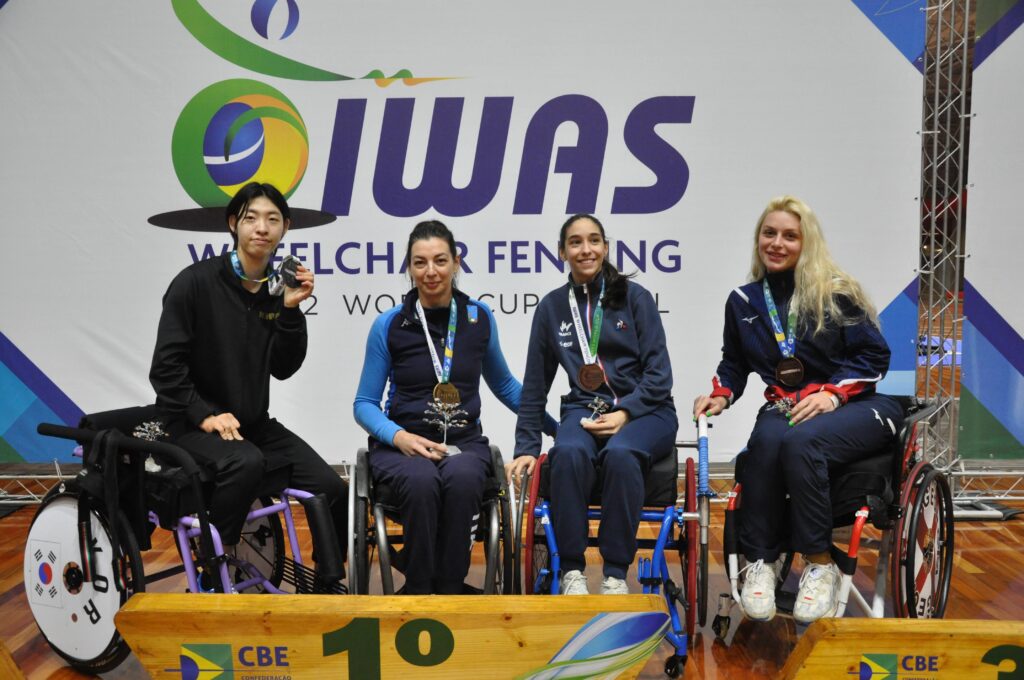 Action concludes in Sao Paulo on Sunday with the men’s and women’s epee and women’s sabre team events. The programme will also see the debut of a new competition format. The foil open will feature mixed gender teams of four athletes from categories A and B.

Live coverage is available at the IWAS Wheelchair Fencing website alongside live results throughout the World Cup.