The integrated competion alongside a workshop and seminar is hoped to promote wheelchair fencing development in Slovenia.

The development of Wheelchair Fencing in Slovenia has been a challenge that has undeterred the enthusiasm of  Matjaz Fleischmann of the Slovenian Fencing Federation and IWAS Development Commission Chair, Peter Brigola since their mission began in 2010.

Now with two Slovenian wheelchair fencers ready to embark on the international circuit, attention has turned to developing the sport further and welcoming new fencers, coaches and referees in Slovenia.

With the aim of promoting wheelchair fencing and raising awareness of the sport, Peter and Majaz alongside Croatian, Bojan Mijatovic of the IWAS Development Commission and Italian Fencing Coach, Fabio Giovaninni began making plans for an integrated fencing competition alongside a Wheelchair Fencing Seminar and Workshop supported by IWAS.

The Slovenian city of Maribor was selected as the host, with the support of Slovenian Fencing Federation and Sablijaski Klub Olimpija, an integrated competition was held from 8-9 April 2017. 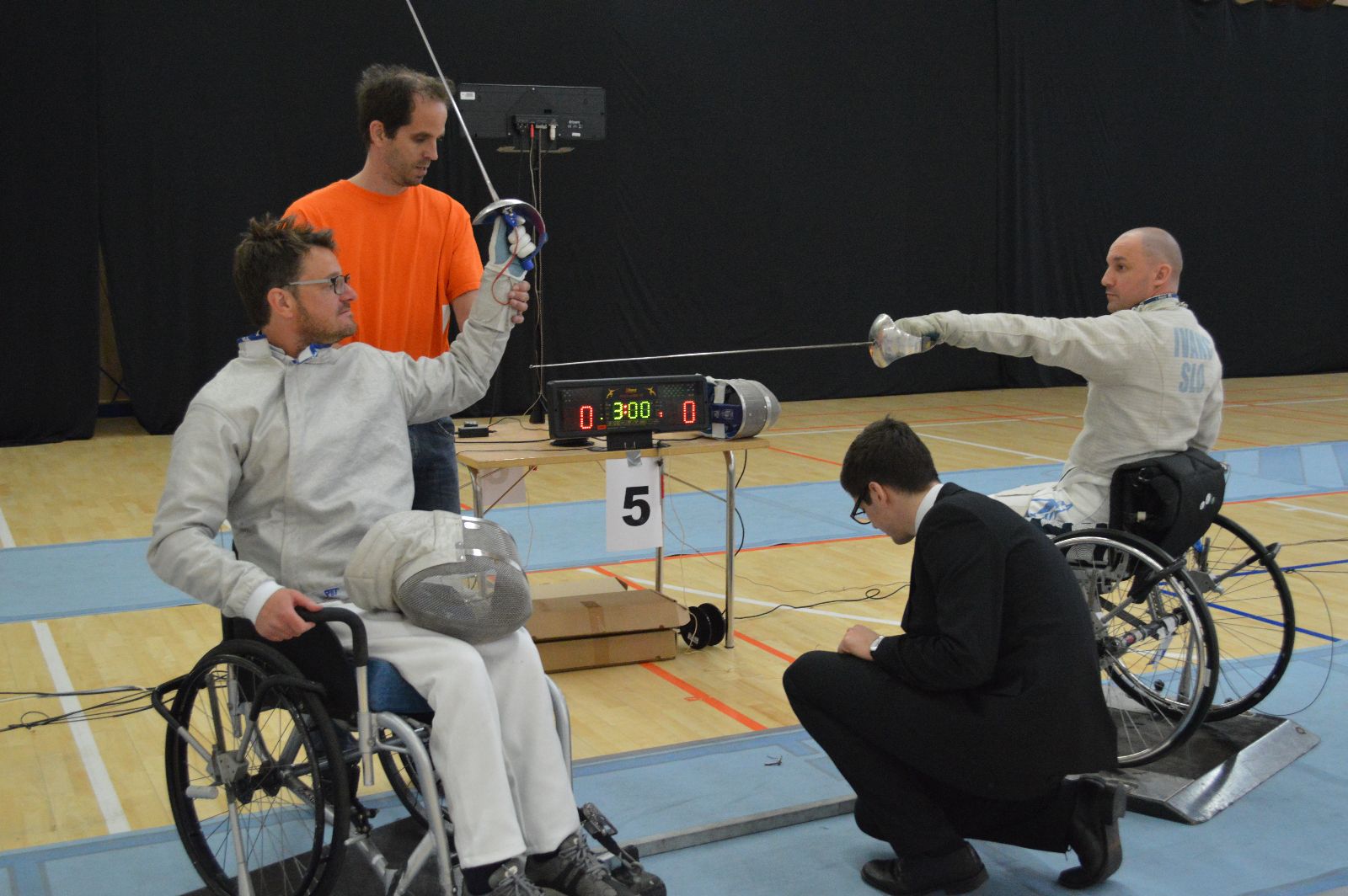 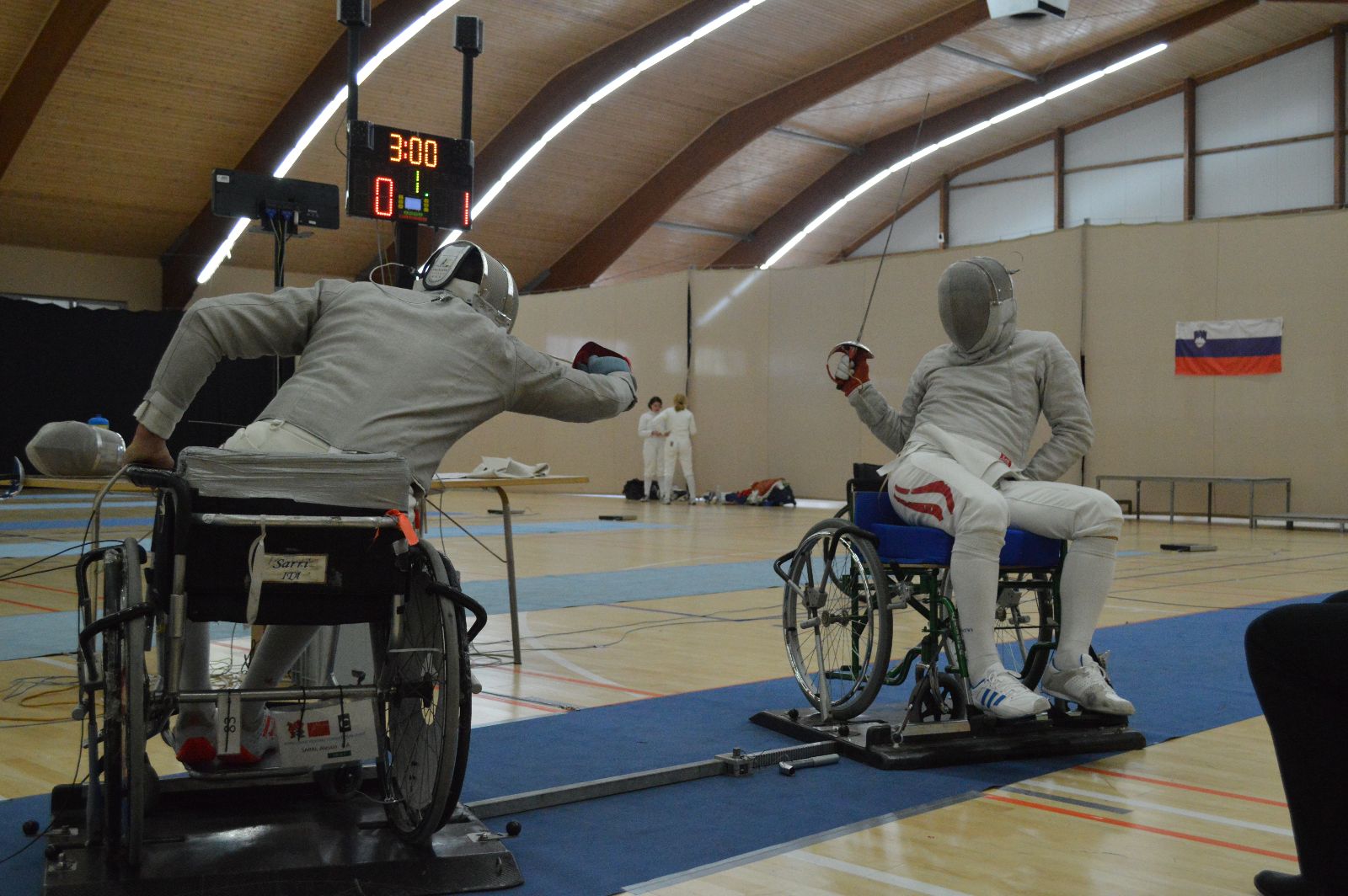 On 8 April, coaches, referees and potential classifiers were invited to the Seminar and Workshop which aimed at educating attendees on the basic principles of wheelchair fencing, rules and technical details, the organisation of wheelchair fencing competitions and classification overview. Able bodied fencers and coaches were also invited to experience the sport in a fencing wheelchair with plastic training weapons.

The following day, the Wheelchair Fencing competition began alongside the Slovenian Veterans Championship, resulting in a gold medal for Gregor Skrlj and silver medal for Igor Ivanc in sabre.

To further support the reach of the event, live streaming and promotional videos were also produced via Facebook with Esgrima TV and Fencing World Press. Over the two day event and three previous promotional days, the campaign reach over 97,000 people.

IWAS Development Commission Chairman, Peter Brigola said, ‘It has taken a long time and motivated people to find a way to get Wheelchair Fencing well known in Slovenia. Thanks to IWAS it was possible to host a competition and workshop to find more people and spread the spirit of Wheelchair Fencing in Slovenia.’

IWAS is delighted to have supported this initiative and congratulates the IWAS Development Commission, Slovenian Fencing Federation and all other supporting organisations on this successful project. We look forward to welcoming more Slovenian wheelchair fencers, referees and classifiers to IWAS competitions in the coming years.