The first activities at the new IWAS Wheelchair Fencing School in Sao Paulo, Brazil, took place between 22-29 September as coaches, referees, classifiers and athletes from across the Americas gathered for training and competition.

With the aim of growing wheelchair fencing in the region, the school is based in the Brazilian Paralympic Committee’s state-of-the-art Paralympic Training Centre.

Twenty coaches, seven referees and eight classifiers from six countries – including Mexico, Peru and Paraguay who have just started their own national programmes – made the journey to Brazil.

Subjects covered included the history of wheelchair fencing, an overview of classification, rules and refereeing, equipment, theory and philosophy of training, group lessons and individual lessons in all three weapons. 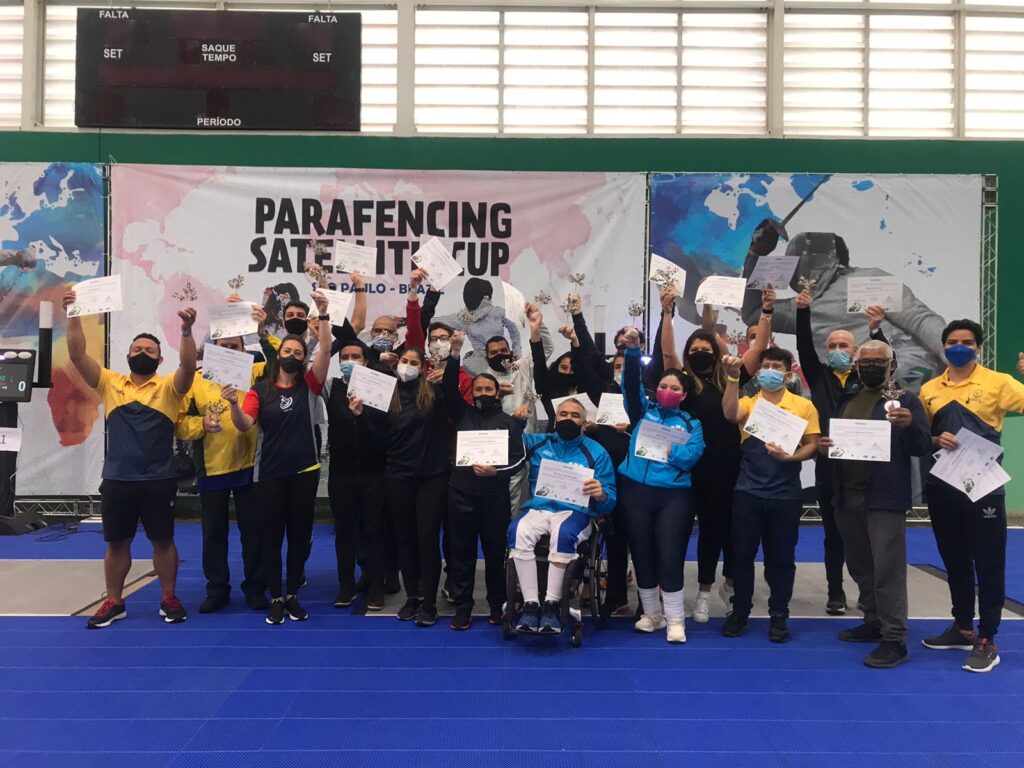 Some coaches were also joined by fencers who had the chance to participate in the course as if it were a training camp – to learn, practice, and train with different coaches and athletes.

The referee course started on 27 September with three days of sessions and exams, continuing during a satellite competition held at the end to gain practical experience.

Brazil, Colombia and Costa Rica competed in the satellite competition in both men’s and women’s events. Costa Rica’s participation marks their international debut.

As well as building expertise, a key goal of the activities in the Americas is to gain a place for wheelchair fencing at the Parapan American Games. The Americas Paralympic Committee requires athletes from a minimum of eight countries, as well as classifiers and referees, for a sport to make a bid for the programme.

Alberto Cruz, IWAS Wheelchair Fencing’s Development Officer, said: “Thanks to a great collaboration between ourselves, the Brazilian Fencing Confederation and the Brazilian Paralympic Committee, as well as the passion and commitment of the six participating countries, we are absolutely delighted to have got the IWAS Wheelchair Fencing School off the ground in Sao Paulo.

“There is clearly an appetite for wheelchair fencing in the Americas, and we want to use the school as a model in other regions too. We know that there are countries in Europe, Asia and Africa who are keen to grow in the sport. By combining a training hub in each area with satellite competitions where athletes can take their first steps onto the international stage, we are confident we have a recipe for success. Exciting times are ahead!”

The IWAS Wheelchair Fencing School joins other development activities carried out in recent years. These include online training sessions for coaches and referees, launched during the pandemic.

Sessions are available to view on YouTube in multiple languages.