The IWAS Wheelchair Fencing Sport Assembly 2016 took place on the 12th November 2016 in the Italian city of Pisa.

The Assembly of Fencing Nations began with an opening address from IWAS Wheelchair Fencing Chairman, Jakub Nowicki followed by reports from the IWF Secretary General, Udo Ziegler, IWAS CEO, Charmaine Hooper giving Nations a summary of the past year’s challenges and achievements and looking forward to the future.

The meeting closed with elections for the new term of the IWAS Wheelchair Fencing Executive Committee. The election results are as follows: 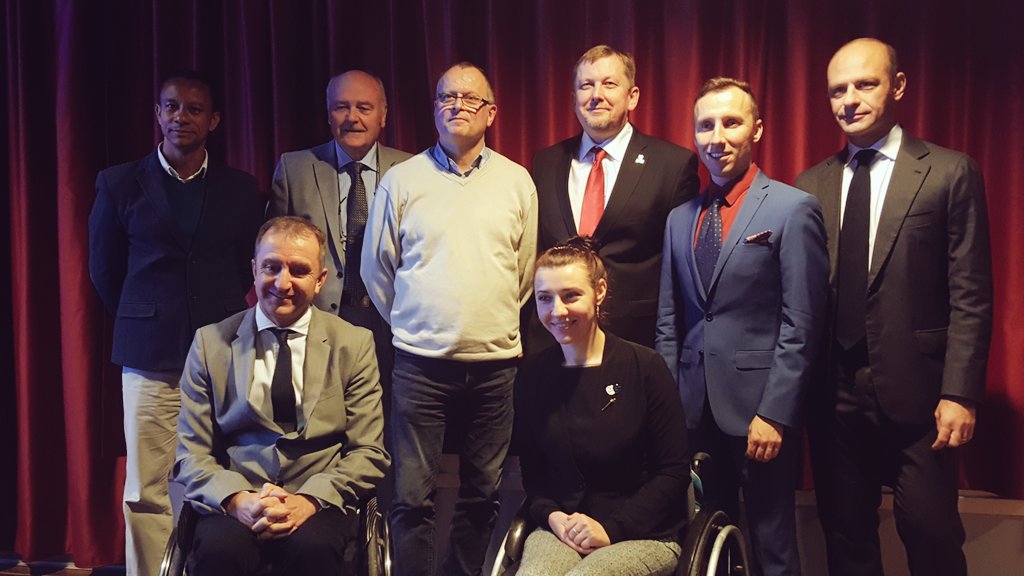 IWAS wishes the new Committee the very best of luck and greatly looks forward to working with them in the promotion and development of the sport.

Following the elections, IWAS President, Paul DePace and IWAS CEO, Charmaine Hooper made presentations to IWFEC Members who were stepping down from the Executive Committee, giving thanks and appreciation for all of their hard work and dedication to IWAS Wheelchair Fencing, its Nations and their athletes. IWAS wishes Gabriela Mayer (CAN), Hilary Philbin (GBR) and Nelson Tai (HKG), who could not be present, all the very best in their future endeavors.

The new IWAS Wheelchair Fencing Chairman, Pal Szekeres thanked all of the members of the previous Executive Committee for their hard work and efforts during the previous term most notably the achievements of Rio 2016 Paralympic Games. He welcomed the new Committee and expressed his excitement for the future of Wheelchair Fencing and working in collaboration with IWAS and the IWAS Fencing Nations.