Following their 'Mission for Inclusion' as Global Leaders on the U.S Global Sports Mentoring Program, Vibhas and Ksenia wasted no time in implementing their Action Plans upon returning home.

Indian wheelchair fencer, Vibhas Sen and Russian wheelchair fencer and IWAS Wheelchair Executive Committee member, Ksenia Ovsyannikova embarked on a ‘Mission for Inclusion’ that saw them tour the United States as ‘Emerging Leaders’ of the 2017 Global Sports Mentoring Program (GSMP); an initiative of the U.S. Department of State administered by the UT Center for Sport, Peace, & Society.

The annual programme combines mentorship and cultural exchange to connect more than 100 changemakers on a mission to positively impact their communities by increasing access and opportunities.

Following the successful participation of Vibhas Sen (IND) and Ksenia Ovsyannikova (RUS) in the Programme, both wasted no time in implementing their action plans upon arriving home!

The momentum of wheelchair fencing development started immediately for Ksenia! From 17 and 23 April 2017, the XII National Wheelchair Fencing Championship was hosted in the Moscow region “Ozero Krugloe” at the Olympic training camp. The competiton hosted over six days, saw more than 80 athletes from 12 Russian regions with 15 individual and 5 team events. 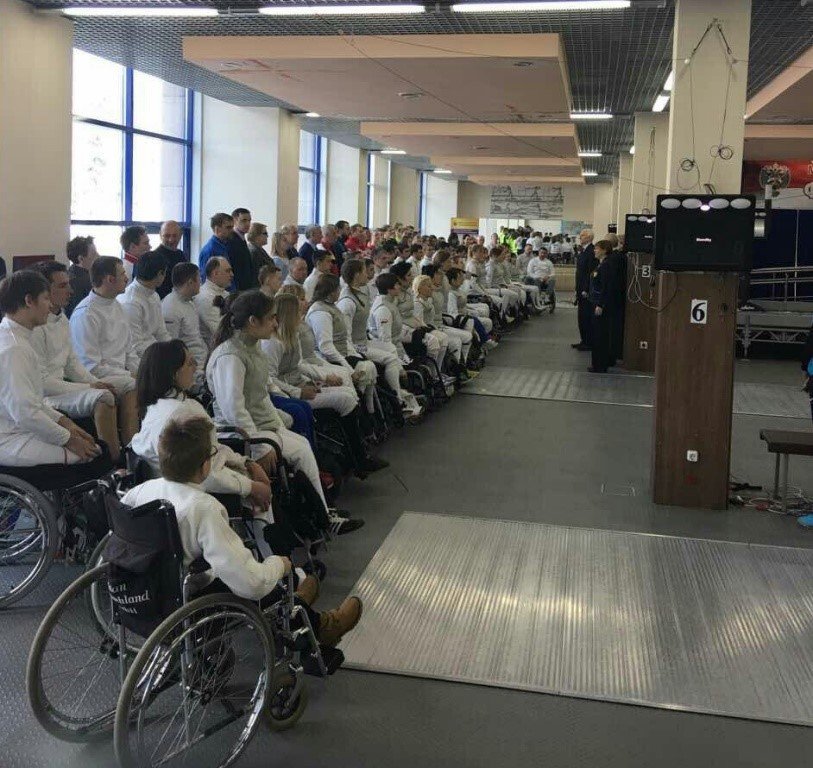 With the ongoing support of Ksenia, the Russian Wheelchair Fencing Federation announced two new event programmes – The Open Women Epee Category C which aims to build upon the limited number of fencers in this classification and the first Open Wheelchair Fencing Veterans event.

The veterans movement is open to all athletes from 40 years and above, wheelchair users or those who have previously stopped their fencing career. The Veterans event is a great opportunity to share their vast fencing experience with young athletes whilst also remaining active in the sporting scene.  The tournament was organised in remembrance of the Russian able-bodied, and then wheelchair athlete Maxim Sisikin. 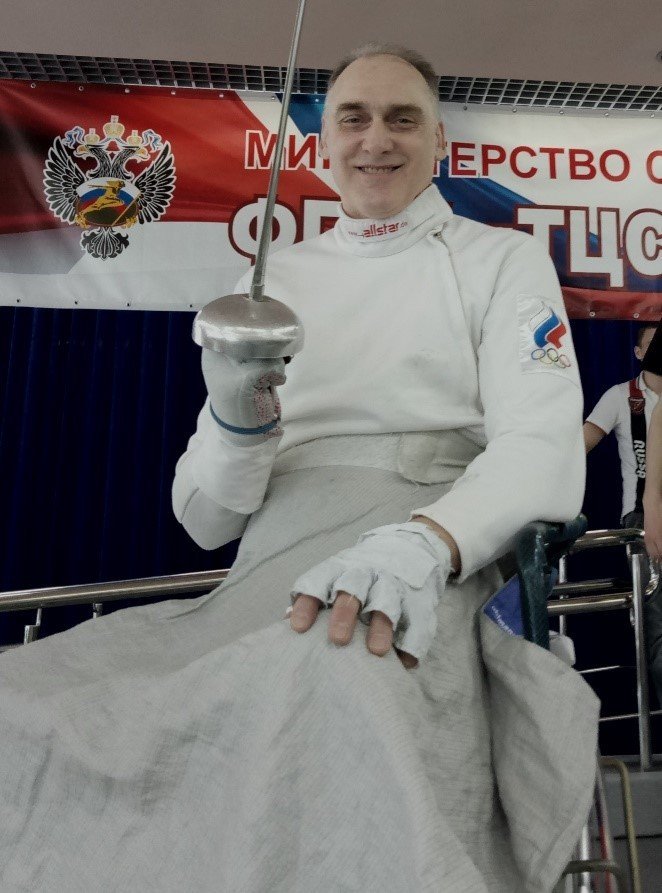 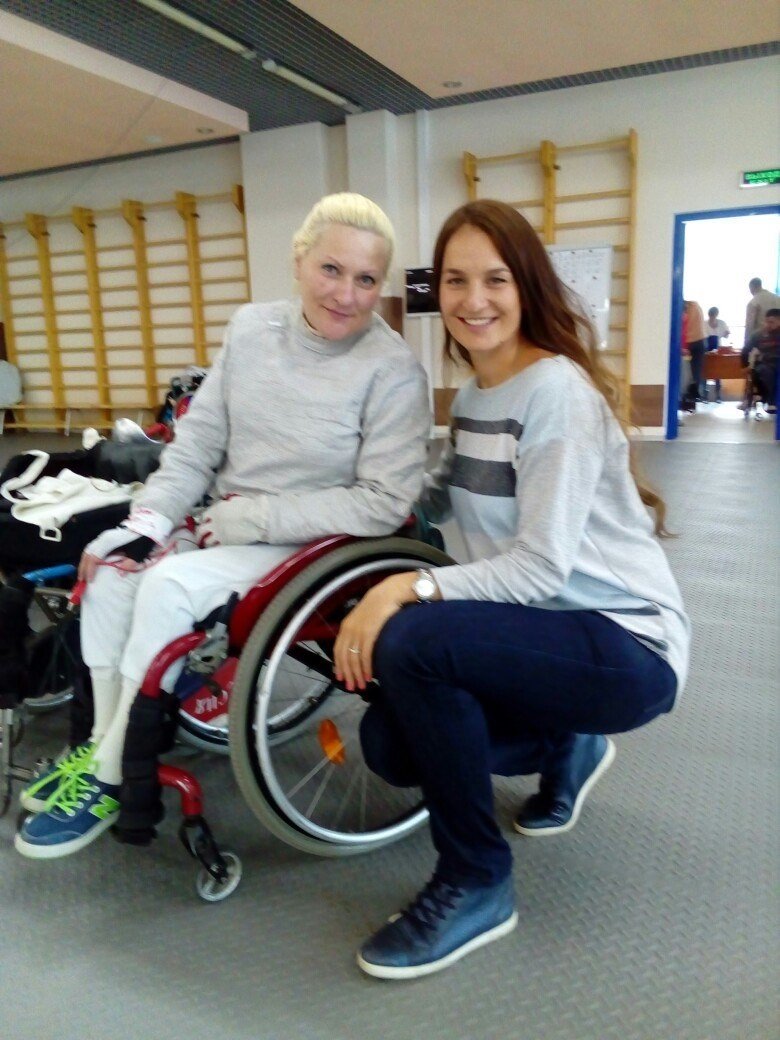 The President of the Russian Wheelchair Fencing Federation, Elena Belkina said "We were happy to see the exchange experience among our veterans and youth, when our young athletes supported their coaches, helping them with equipment, aprons and screaming action hints and prompts!  We are proud of our warm relations between veterans and youth athletes, and sure this would be one of the most important keys for future development".

Speaking of his experiences in the U.S, Vibhas said "The Global Sports Mentorship Program, enlightened me to such a great extent – that I am more focused & determined to make the change in the Indian School Physical Education system, that differently able kids are able to get equal opportunity to PE which will make them feel accepted"

In an effort to raise awareness of adaptive school sports programmes, upon his return, Vibhas competed in the able-bodied senior sabre competition at the Mumbai Mayor Cup Fencing Championship where he took silver, missing out on the top spot by just one point! The final match bout can be viewed here. 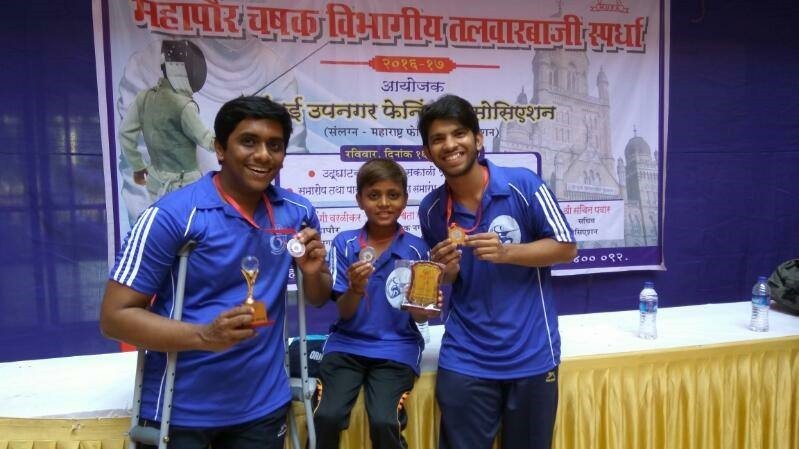 "During today’s competition, I was able to raise awareness among schools & PE teachers who attended that we are not different & given a level playing field, we can be part of adaptive inclusive sports"

For more information on Ksenia and Vibhas’ journey on the Global Mentoring Programme, click here.