Oliveira: Country girl to the Paralympics

Born and raised in the Guaporé community of Guaraniaçu – a small town in rural Brazil – at the age of three Oliveira was given an expired polio vaccine which caused atrophy in the muscles in her legs.

As one of eight children, Oliveira’s family was very poor but her parents worked on a farm to make ends meet. Her surroundings made life hard.

“In my adolescence I faced several difficulties on a daily basis, living in a small town where the lack of accessibility to basic services as access to education, health care and other services was constant,” Oliveira said. “Despite these problems I had on the way, it was not an obstacle for me to give up and conclude my studies and enter the sport [wheelchair fencing], which gave me the opportunity to know the world the world and several cultures.”

In March of 2016, with the Rio 2016 Paralympics looming, Oliveira discovered wheelchair fencing. Just a few months after the Paralympic Games, she entered her first competition – and won.

The following year Oliveira was called-up to the national team for the first time. But the timing was not right; Oliveira was immersed in her studies and turned the opportunity down.

Another chance came and she accepted. In 2018 Oliveira entered her first Americas Championships and made her mark on the international field, winning silver in epee.

“The ups and downs experienced during the four years [between 2017 and 2021], was the lack of sponsorship and the COVID pandemic that had several impacts worldwide,” Oliveira said. “What I learned is that we must not give up in front of the problems that we encounter in our daily lives, even if the challenges seem difficult, we must fight against all the obstacle that hinder us.”

Despite all the setbacks she has experienced so far, Oliveira remains determined to build on her early successes. In addition, she is also a Paralympian now having made her debut at Tokyo 2020.

“[Tokyo 2020] It was incredible to experience,” Oliveira said. “It was a unique moment, with a short time of practice for realising this dream of representing our country for me it was a gratifying moment to experience this through something that I love, which is fencing.” 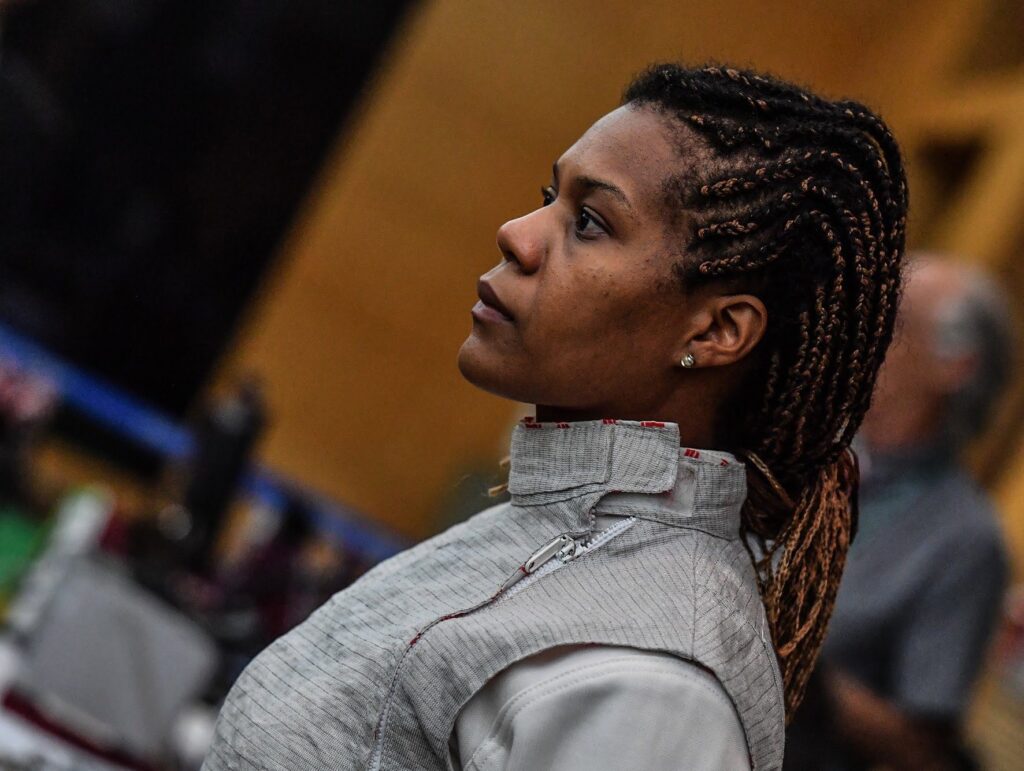 The 32-year-old will now get the chance to match or improve on her regional silver medal from Saturday (22 October) when the 2022 International Wheelchair and Amputee Sports Federation (IWAS) Wheelchair Fencing Americas Championships get underway on her home soil, in Sao Paulo.

It will allow her to test what she has learnt in the last few years.

“I have noticed an evolution in my perspective of the game, both in the way of executing the actions – analysing the way in which I have been conducting my preparation for the game – and I also know how to align the expectations about the competitions that come-up.”

So what is Oliveira expecting from herself at Sao Paulo 2022?

“I always aim for my progress within the game, in training I am continually seeking to put myself in a place of constant learning, playing with my teammates and even with Olympic athletes, where during our trainings they point out where I fail and highlight what I already develop well.

“The plan now is to build on what I have already been putting into practice both in competition, as well as in my training. Both physically and mentally I have been looking for this.”

Aside from competition, Oliveira is also very conscious of what wheelchair fencing has done for her, and for others:

“What led me to fencing was primarily the representation that Paralympic sport itself carries, as a person with a disability. I see that in the society we live in there are many barriers imposed, prejudice against the disabled person, that most of the time is veiled, and this makes the individual, in a way, think that it is impossible to achieve certain achievements and to reach certain places that in an implied way we shouldn’t be.

“What sports like Parafencing do is to bring the issues such as empowering the subject and putting him from a perspective of what we are capable of. The speed and the strategy, and the “liking it so much” comes from this exercise of challenging yourself to break these barriers but also living with other people like me, and sharing our experiences and as a result to show this society that our sport has its value and deserves to be made visible, recognised and supported and to invite more people with disabilities to also meet.”

The 2022 IWAS Wheelchair Fencing Americas Championships get underway on 22 October with three days of individual competition in epee, foil and sabre. The team events will conclude competition on 25 October.