Fencers from Thailand, Spain, Italy and France produced winning performances as their athletes also landed elsewhere on the podium. South Korea made headlines of their own with a silver and two bronzes.

Topping the medals table on day two of individual competition were Italy with a gold and two silvers.

This included the men’s sabre category A which climaxed with a clash between World Championships bronze medallist Edoardo Giordan and teammate Matteo Dei Rossi.

Dei Rossi managed to land eight hits but Giordan proved too hot for him to handle, easing to victory as he had done in previous rounds. 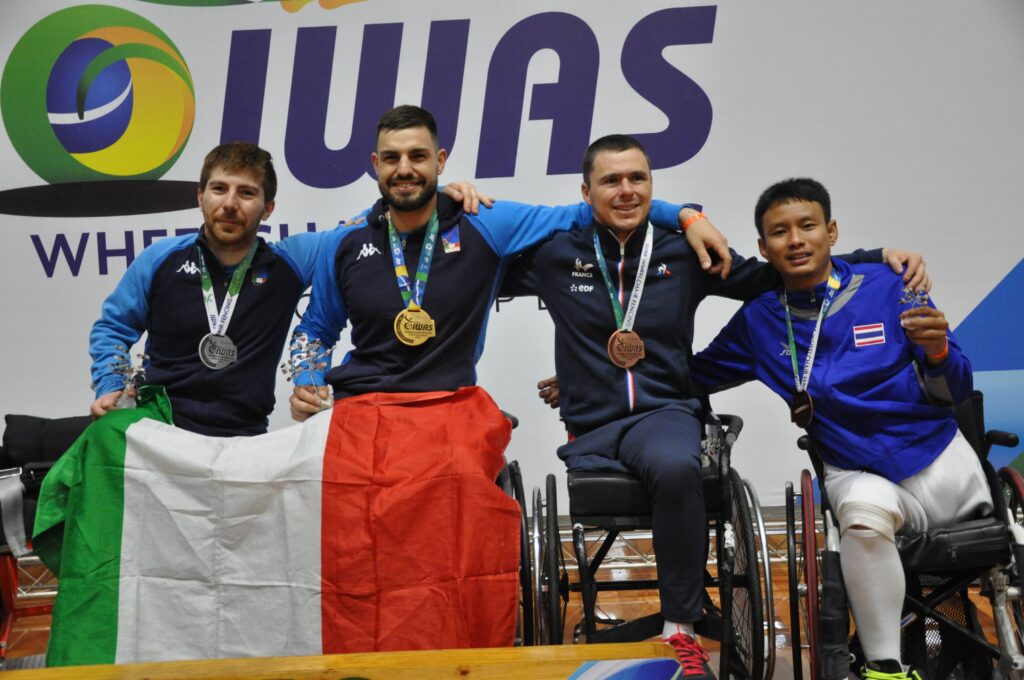 France Ludovic Lemoine picked up his second bronze in as many days whilst Thailand’s Boonsiri Sanitmuanwai, competing at only his second World Cup, completed the podium.

Menendez got past Great Britain’s double Paralympic medallist and multiple World Cup medal winner Gemma Collis for a place in the final. 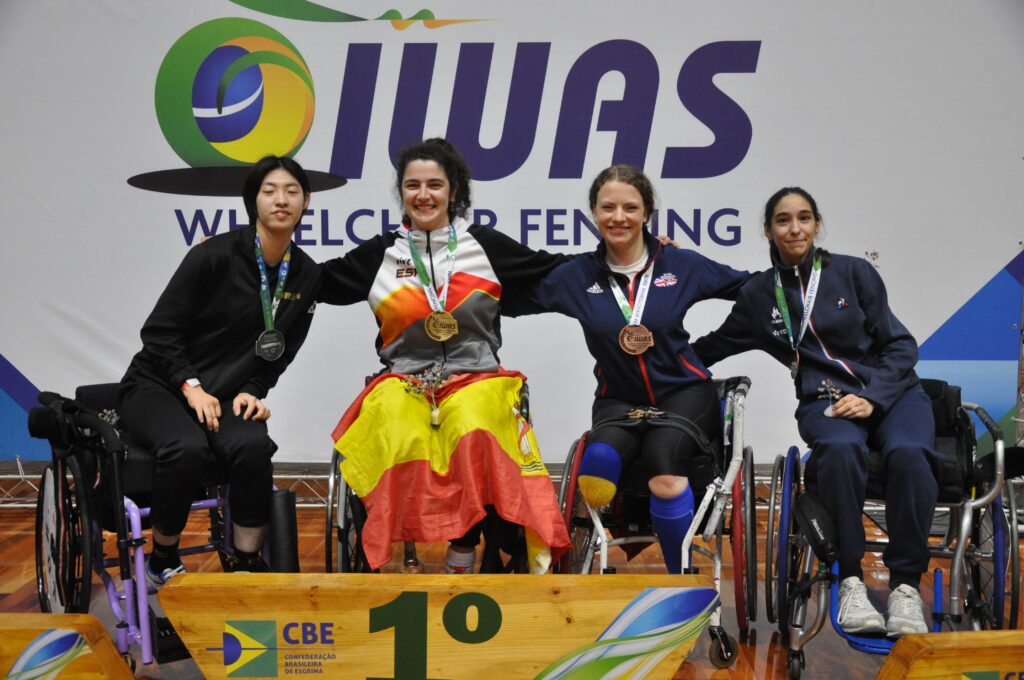 Facing South Korea’s Hyo Kyeong Kwon, who was riding high after taking her first top three finish in the foil the day before, for gold, Menendez just had the edge in a tough bout that ended 15-13 to the Spaniard.

The remaining two golds went to some more familiar faces. Thailand’s Saysunee Jana added to her epee gold from Thursday in the women’s foil category B.

Despite being a multiple Paralympic, regional and World Championships and World Cup medallist in epee, Jana is less comfortable in the foil making her victory even more impressive.

The Thai fencer faced Georgia’s Irma Khetsuriani in the final, herself an experienced athlete with nearly 10 years on the World Cup circuit behind her. 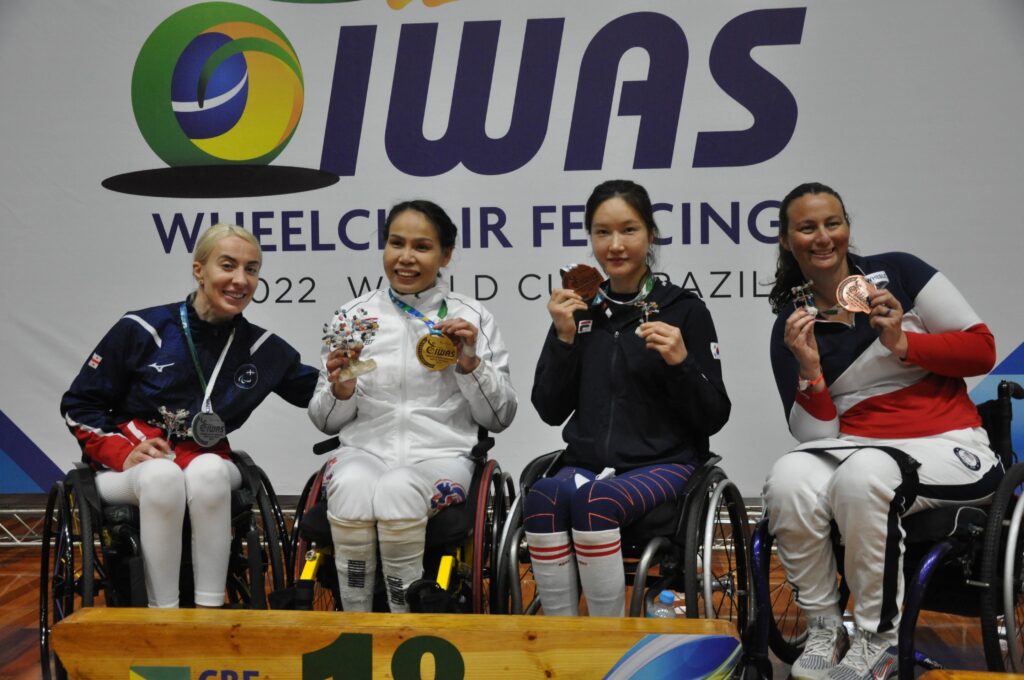 Jana stole a march on her opponent, taking the win with 15 touches to Khetsuriani’s 11.

In the men’s sabre category B France’s European bronze medallist Maxime Valet was the victor for what is surprisingly his first win in the weapon at this level. 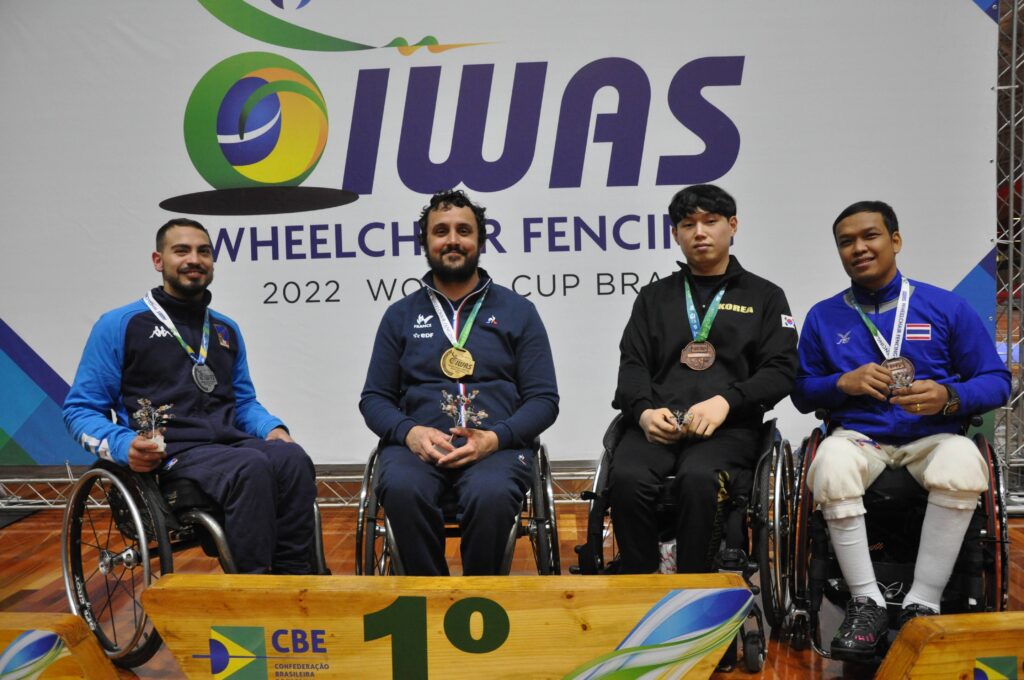 As well as the men’s and women’s epee and women’s sabre team events, Sunday will also see the debut of a new competition format. The foil open will feature mixed gender teams of four athletes from categories A and B.

Live coverage is available at the IWAS Wheelchair Fencing website alongside live results throughout the World Cup.