Brazil’s Rayssa Veras delivered the perfect ending to the 2022 International Wheelchair and Amputee Sports Federation (IWAS) Wheelchair Fencing Americas Championships on Tuesday (25 October), winning the last gold of the competition for the hosts in Sao Paulo.

The win saw her beat one of her country’s most-liked fencers – Fabiana Soares – for the women’s foil category A title and her second victory of the competition.

Veras’s story is an inspirational one – before she fenced for the national wheelchair fencing team she volunteered at competitions and was motivated to compete herself.

In Tuesday’s final Veras had a strong start but Soares managed to claw back some points and bring herself within touching distance of her opponent. That seemed to provide the push that Veras needed and the 26-year-old found her rhythm, clearing Soares by an eventual four points.

But Veras was unable to celebrate like she would normally.

“I was touched in the groin in my match with Ana Elisa Paz and I felt pain,” Veras said. “I didn’t celebrate my touches because I needed to rest. [But ] I’m celebrating two gold and a silver medal from this competition, and it was really worth it.”

The win adds to Veras’s epee win from earlier on in the competition. 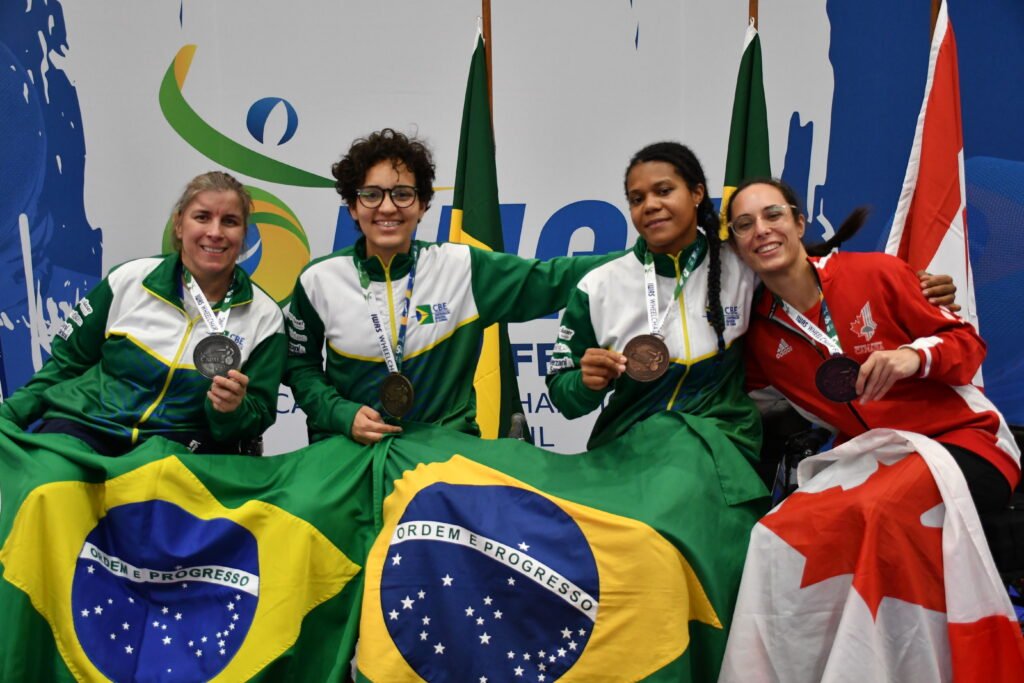 The USA’s Ellen Geddes secured victory against Brazil’s Monica Santos in Tuesday’s other clash – the women’s foil category B.

The American was delighted with her performance which adds to the epee title she grabbed on the first day of competition.

“It has been phenomenal to be here, everything has gone really well,” Geddes said. “It’s obviously easy to be happy when you’ve done well. I am very happy. I won every single bout I fenced today.

Geddes also gave a special mention to her coach Justin Meehan who could not be in Sao Paulo, crediting him with knowing how to work with her “particular brain”.

Canada’s Trinity Lowthian celebrated a sweep of medals from all weapons, taking bronze. Suelen Rodolpho of Brazil also claimed a place in the top three. 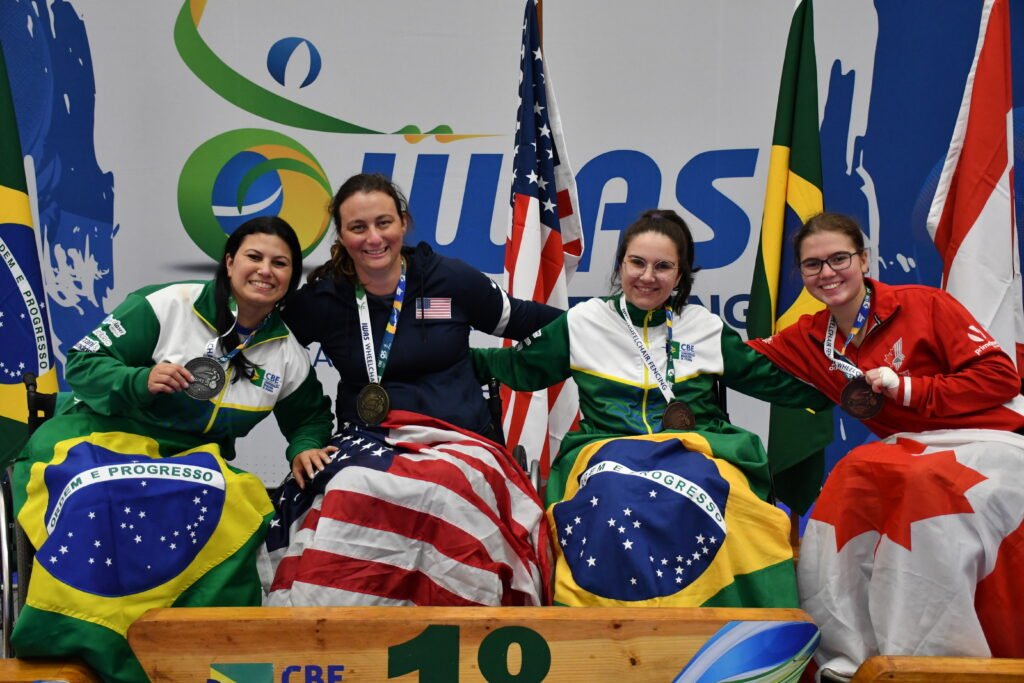 Venezuela, competing at an Americas Championships for the first time, take home a silver and three bronze.