With the start of the wheelchair fencing season just a couple of short months away, athletes are preparing for the opening World Cup in Sao Paulo, Brazil, in April and regional Championships to round off the year.

Take a look at how the men’s and women’s foil competition in both the individual and team is shaping-up for 2022.

Vio and China come back for more

Beatrice Vio continued her dominance of the foil category B at the Tokyo 2020 Paralympic Games. The Italian won her second consecutive title to cement herself as the one to beat in the weapon.

In 2022 this trend could continue but there are fencers nipping at Vio’s heels. At her last World Cup appearance in early 2020, Vio finished third after an unbeaten run at the five previous editions. Russians Viktoria Boykova, Ludmila Vasilleva and Irina Mishurova as well as China’s Jingjing Zhou – who Vio battled for gold at both Rio 2016 and Tokyo 2020 – are just a selection of foilists who will be out to challenge Vio this year. 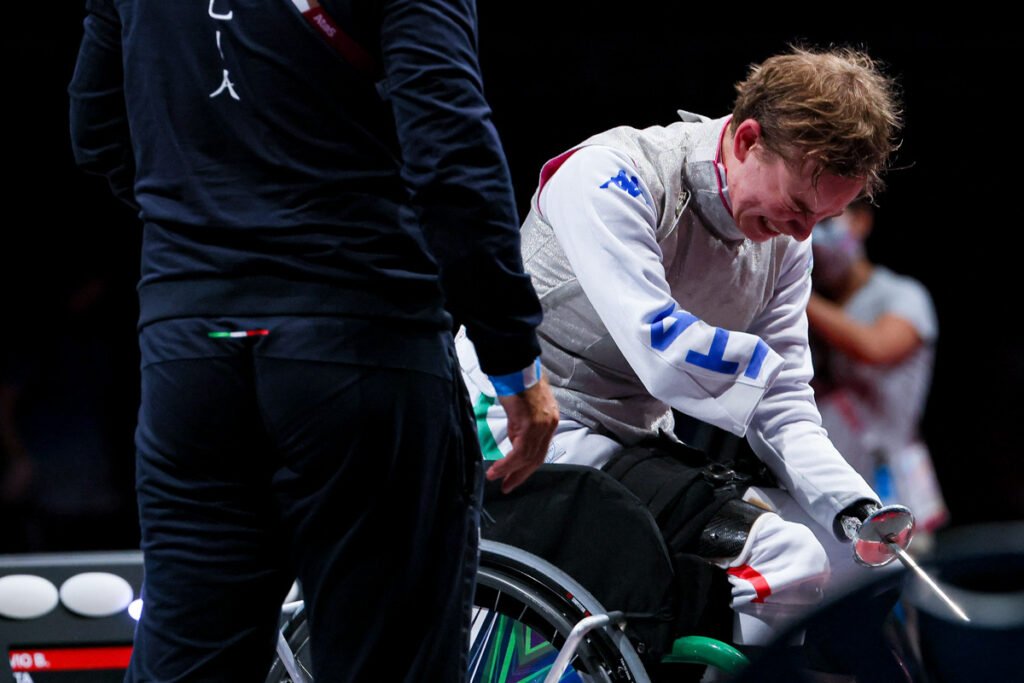 In the category A, Haiyan Gu was part of the Chinese squad that excelled at the Paralympics with 20 medals from wheelchair fencing.

Competing on her Paralympic debut Gu was unstoppable, beating defending champion and teammate Jing Rong on the way to the final.

However prior to this, Gu had only stepped onto the top step of the podium in the foil once before; at a 2018 World Cup.

Expect then to see a great competition this year as Nataliia Morkvych of Ukraine tries to repeat her world No.1 status from 2021, and get revenge on Gu for having to settle for Paralympic silver. Hungary’s Eva Andreja Hajmasi is also a fencer to look out for as she aims to retain her European title.

Gu, Vio, Hu and Hajmasi were all part of their country’s medal winning squads in the women’s foil from Tokyo. China took the gold whilst silver went to Italy and bronze to Hungary. Those countries and more will be trying for the podium at World Cups and regional Championships in 2022. 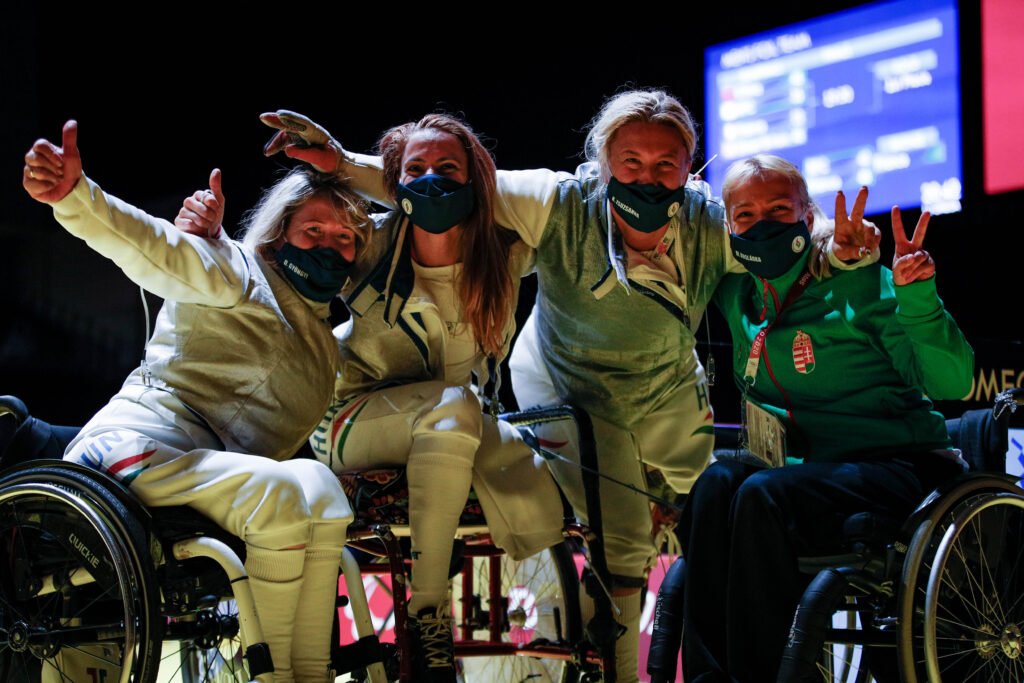 Having come out on top from a very tough men’s foil category A competition at Tokyo 2020 to win his maiden title, China’s Sun Gang is the fencer with a target on his back this season. 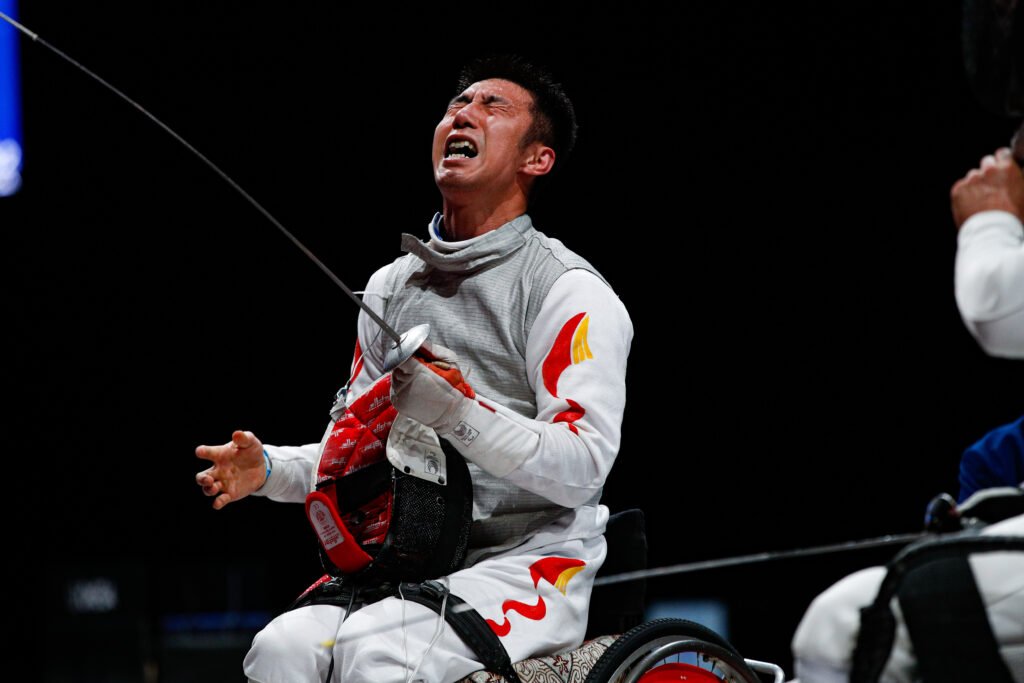 The final in Japan was between Gang and Hungary’s Richard Osvath, another athlete admired for his skill in the foil. Whilst he did have to give-up first place on the Paralympic podium, the Hungarian finished the year as World No.1.

At the regional level, you have to go back to 2014 to find the last time that Osvath could call himself the European champion. He finished second in 2016 and third in 2018, behind the Russian duo of Roman Fedyaev and Nikita Nagaev. One of Hungary’s most successful fencers will be hoping that 2022 is the year to grab his latest gold.

Gang meanwhile will go for his fourth consecutive Asian title.

Known for his warm smile, China’s Yanke Feng has been endearing the crowds in the men’s category B for a decade. But his friendly exterior belies a ruthless determination to be on top of the podium.

Feng is the two-time Paralympic champion and reigning world title holder and a man who is almost impossible to keep out of the World Cup top three.

Opponents such as Great Britain’s Dimitri Coutya do give Feng a run for his money however. Coutya was the rankings leader from last season and, like Feng, rarely leaves a competition without a medal, including bronze from Tokyo 2020.

With 2022 also marking the start of the road to Paris 2024, France’s Maxime Valet should be watched closely. As a medallist from Rio 2016 and World Championships, Valet will surely be determined to make the most of the opportunity to win a medal at home in two years time.

In the men’s category C Ukraine’s Serhii Shavkun won his first foil world title in 2021 and will try to defend his European title in 2022.

The men’s foil team podium in Tokyo was formed of China, Great Britain and France, featuring Gang, Coutya and Valet. Expect these countries to excel again if their team members continue their form.

The 2022 calendar will open in Sao Paulo, Brazil, from 14-17 April with a World Cup. After a series of World Cups, the IWAS Wheelchair Fencing Asian Championships will see the first regional titles awarded in Hangzhou, China, from 10-15 October. The Americas Champs follow from 20-23 October and the Euros take place from 29 November – 4 December.

The full calendar can be viewed here.