Representatives of the IWAS Wheelchair Fencing Executive Committee presented wheelchair fencing to spectators, athletes, coaches and the other fencing leaders and sports managers during the 2017 FIE World Fencing Championships held in Leipzig, Germany.

The bronze medal winners of the IWAS Wheelchair Fencing U17 & U23 World Championships, Maurice Schmidt (U23) and Julius Haupt (U17) provided spectators, athletes and coaches attending the Championship with exciting live bouts in both foil and sabre. 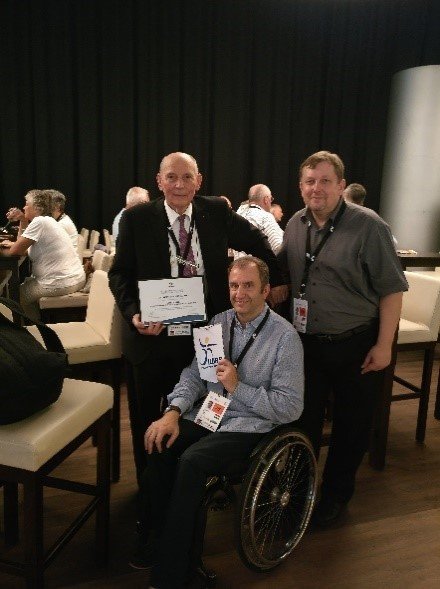 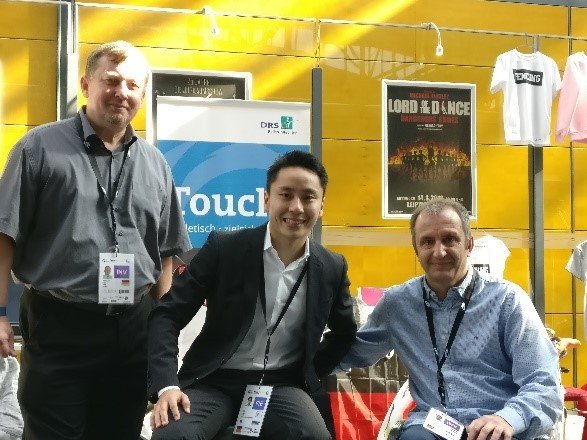 Many thanks to the following organisations that supported the stand;

Lars Pickardt, Vice President of the DBS (German Federation for Para-Sports) and National Paralympic Committee and Chairman of its German Youth Organization.

Special thanks to the German Fencing Federation, FIE and the Local Organising Committee for their support and the opportunity to present our sport at this fantastic sporting event!